Putting The Beat (Girl) in The Beatles... 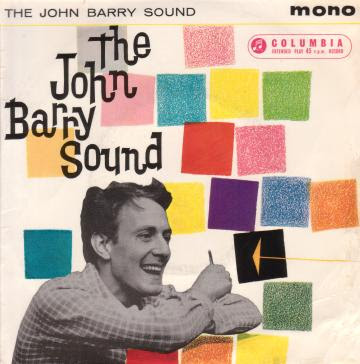 Digging through the John Barry back catalogue I ran across his take (well the John Barry 7's take) of Watch Your Step...originally a Bobby Parker single that Lennon openly admitted was lifted and rejigged by The Fabs for I Feel Fine (more on that here). The Beatles shuffle 'n' bump arrangement is literally just a shade away from John Barry's Brit-Beat twist on the tune.

His first take appeared on The John Barry Sound EP, released just a year after the Beat Girl soundtrack,  an album constructed from similar trebly Anglo-twangs and speedy hipster rhythms

Fast forward to 62, where The John Barry Orchestra re-oomphed Watch Your Step for Beat Girl star Adam Faith,  an updated take flip-siding his Lonesome single. The opening note - an extended sax honk - is almost a pre-feedback version of  The Beatles legendary intro.

Exhibits A (Adam)  B (Barry) C (Cheeky Beatles) are below. Take 6 of I Feel Fine,  the instrumental version,  is the one to lend a quizzical ear to...

Email ThisBlogThis!Share to TwitterShare to FacebookShare to Pinterest
Labels: 60s, historock, outtakes and altakes, The Beatles, you heard it here first

Cheers for the linky John - how in the name of Leo Fender, have I never heard of Vic Flick before - he's right up my Tin Pan Alley...

In 1963/1964, Ringo's Theme was written by Lennon-McCartney and credited to the George Martin Orchestra as additional music for "A Hard Day's Night". The song, vocally, is "This Boy" and is both in the movie and on the soundtrack.
George Martin wanted a guitar sound close to the "James Bond Theme" and booked Vic for the gig. Instead of the Clifford Essex, Vic used a '62 Fender Stratocaster with a '62 Fender Vibrolux amplifier and got the exact sound George was happy with.

Flicking Hell - he gets about that boy. Vic also turned up here earlier the week

Great find - sounds great! As you say, even closer to the Beatles than Bobbys.

It's an off the peg arrangement isn't P. Love Ringo's 'rightio' on the intro and the little snip of Tequila riffing between takes