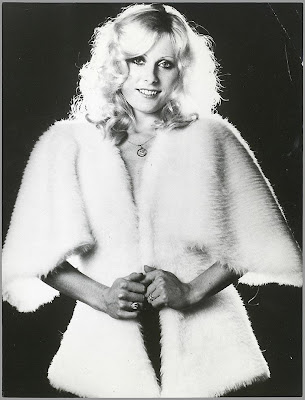 Have you ever gone Dutch and visited De Nederlandsh? Our first trip in '94 saw us rolling from the ferry (a Ceefax bargain) to theme of Eurotrash in our Renault 5 GTX for five days camping and nipping around and about Amsterdam, Edam and Volendam. Generally Holland was more micro-sized than expected with dinky, neat and tidy streets and suburbs. Clusters of flat-packed towns built from from Toytown blueprints. It may sound bizarre but Amsterdam aside, the lowlander lifestyle was so casually efficient, polite and polished that it felt like a nation populated, designed and governed by Toto fans.

A few weeks after our Dutch run I spotted a Toto live album - strangely, but not surprisingly, recorded at a gig in Holland. Perma-perms, soft rock and all-season sunglasses aren't on today's menu. Instead it’s a triple run of...

Bonnie St Claire (above) from her 69 soul-stomper era. 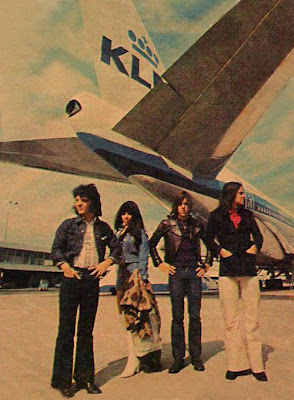 Did you know George Baker and his total pop classic are as Dutch as Advocaat ? Smoke and pancake - the clues are all there.. 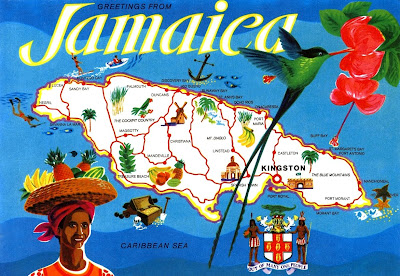 Nah pop no style, a strictly roots - is the theme of today's Jamaican stop-off. A handful of roots tunes (as in 'roots of' rather than 'roots reggae') that have inspired, influenced or been recycled for bigger hits.

I could have posted Alton Ellis's original I'm Still in Love With You, but Marcia Aitken's cover with the extended toasting section (starting at 4 mins in) is just a whisker away from the riffing lifted by Althia and Donna.

Funky Friday - Big Down Under 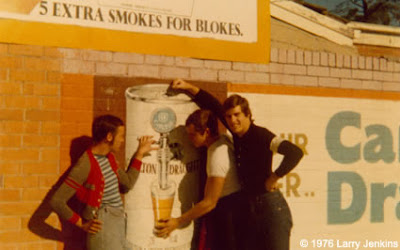 Amongst Australia's collection of evolutionary curiosities - black swans, the Duck-billed Platypus those extravagantly toxic spiders and snakes - came and went, within a single decade, another unique breed. Sharpies.

An Aussie-only sub-cult of the seventies, Sharpies were platform boot-boys mixing and matching mod, glam and skinhead styles creating a look that's a distant cousin to London's Jesse Hector. The movement first reared its feather cropped head in Melbourne, with new groups of Sharpie dressed men appearing in Perth and Sydney shortly after.

Lobby Loyde & The Coloured Balls became the mascot band of the Sharpie scene. Hammering out rough 'n' ready rockers built around stripped down riffing and bovver boy beats (not unlike Dr Feelgood's industrial rhythm and blues). The band's signature sound: close mic'd, hand-sanded attack is a template still replicated by ongoing generations of Australian and New Zealand guitar bands: Radio Birdman, Jet, The Datsuns, The D4 and The Powder Monkeys. Although for today's post I'm picking one of Lobby's poppier tunes from the album *gulps* 'Ball Power' .

The Sharpie sound is the thread connecting The Easybeats R 'n' B buzz and AC/DC's earliest stompers.

Lobby Loyde and the Coloured Balls - Love Me Girl

And while we're upside down how about some Kiwi pysch-pop

The soundtrack to this clip is more typical of Lobby's mulleted mod-rock.

For a When Sharpie's Attack mix click here
Posted by Mondo at 7:12 AM 12 comments 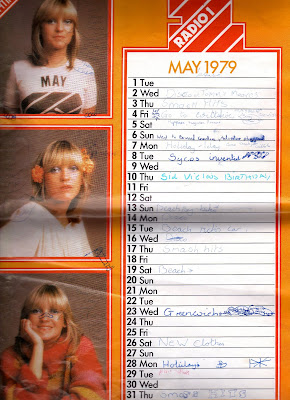 Chop, chop,chop. Phooey! There, there, there - ring any bells?
Bit of a mystery for May - references to several songs are scattered about the calendar:Roxanne, Say When, Friggin' in the Rigging, Albert Tatlock (B-side of Into the Valley). But what is Happiness (on the 5th)? I haven’t a clue and there's not a sniff or scrap to be seen in the charts.

In other news - A lost PE bag on the 4th, while Sycos (8th) was our scheme for a Warriors inspired gang (and weren't those Baseball Furies terrifying?). An idea that ran out of puff after buying a Warriors poster magazine.

Beach by bike (13th) - was an icy highlight. Being a glorious, glowing summery Sunday, a mate (birthday on Feb 18th) and I jumped from a seafront jetty into a chilling, winter-temperature Thames. A short, sharp shock topped off with slow-onset cramp as we swam back to shore.

And it's My First Buys for lifelong favourites Bowie and The Damned (although I always wanted the Vanian edition cover really). As well as a vinyl rip, I'm also pitching in two Love Song rarities. The bass-intro free, demo versh and an unreleased alt.mix by Southender Ed Hollis - brother of Mark (Talk Talk) Hollis. 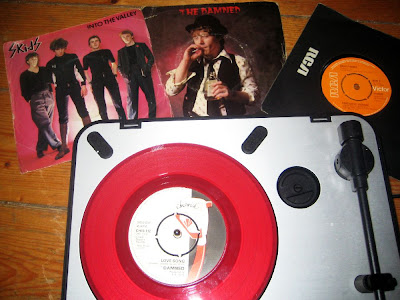 Don't cha think the Boys Keep guitar solo sounds a bit like this..

PS - Did you know Annie Nightingale was the micro-catalyst that brought down The Beatle's Apple empire - read how here.
Posted by Mondo at 7:16 AM 14 comments 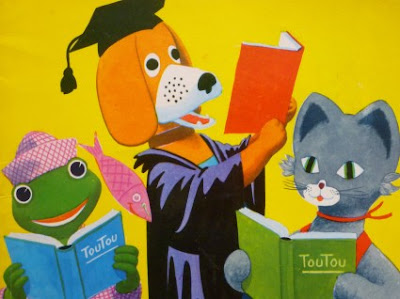 It's a tricolore of treats for this week's Funky Friday, and almost a cyber-style student exchange, wherein Anglo-pop gets the Français translation treatment and a cult Kids TV star (from La Maison de Tu Tu) goes undubbed and au naturel .

You may not recognise the titles - but you'll know the tunes pop pickers..

A Day Trip to Wonderland

I couldn't let Sir Stevie's 60th birthday go unblogged, so in keeping with this month's theme of a worldwide eye (and ear) we have..

Stevie Wonder himself re-rendering one of his 60s hits in Italian!!

An as yet unreleased and untitled rarity, which I believe, this vid (filmed in Brazil) captures the only recorded appearance of.

Finally, a two-way team up on The Real Thing. A Wonder tune performed by Sergio Mendes with Stevie on keys..

Sergio Mendes And The New Brazil 77 - The Real Thing 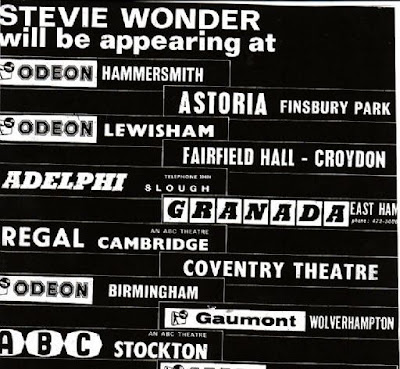 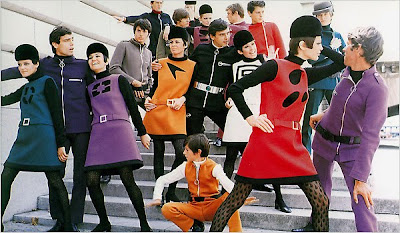 Un grand merci is due to Will from the wonderful World of Kane for pitching this sprightly slice of French library music onto my wavelength. Two minutes of high-kicking, fast-fizzing riffing, perfect for some sort of explosive show-opener coreographed for that lot atop the page - or someone who lives in a house like this..

Jack Arel is one of France's most prolific library composers, with pieces occasionally making UK TV screens soundtracking The Sweeney and The Prisoner. On the 27th of this month, a double CD set of Arel originals and remixes finally ships to these shores, having been released in France last year - you can test de goût a few and read his full history at the Jack Arel Myspace site

For more sons français, you really must get your mitts on Blow Up's Exclusive Blend Volume 3. A rue-rocking comp of hits, highlights and secoueur de jambe trawled from the vaults of France's Telemusic library, that includes this free-wheeling pépite from Bernard Estardy. 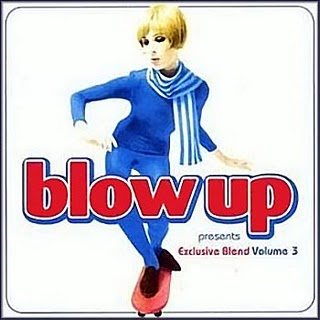 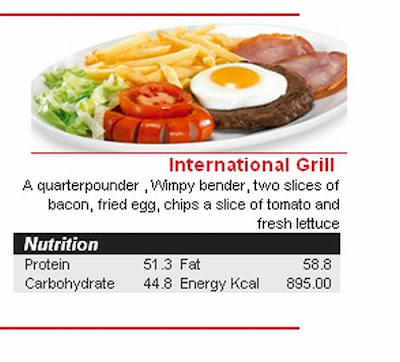 I'm afraid I can't stretch to the belt-busting treat of a Wimpy International Grill (you've got love 'em for still hanging on in there with the 'Wimpy Bender' haven't you), but can serve you up a platter of refried favourites and vintage hits spiced with an international twist

From Singapore
Sakura and The Quests - Stupid Cupid

And two tunes suggested by Sour Crout from The Word blogs, via a thread offering the original French lanuage version of Denis (Sylvie), Elbow reworked by The Big Ghana Band and Benny translating Ca Plane Pour Moi into Bin Wieder Frei (although I've a spark of an idea for a future Benny blog-bit)

From Mexico
Los Matematicos - Me Atrapaste (You Really Got Me)

From the Czech Republic
Kubišová Marta - Cervánky (It's Not Unusual)

Another from The Word blogs,where David Rothon uncovered this nugget 'Czech it out'


Now then, Brown Derby desert anyone? 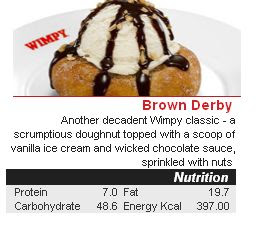 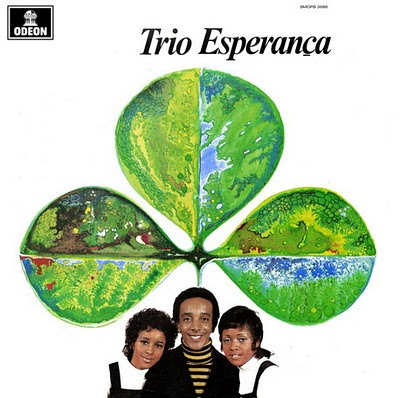 As an antidote to the shoulder-slumping parade of puppets, poppets and gumps that is the Eurovision Song Contest, May is World Music Month on the PM blog. We start off on the road to Brazil with probably one of the finest tunes ever logged in my cyberspace scrapbook - Não Aguento Você

It may sound like a song reformed from Set Me Free and Sha-na-na Hey Hey Kiss Him Goodbye - but bounces and breezes with the sort of tropical waft that the Brazilians do so well.
See also Menino