Maybe just for the weekend, we could get out of Southend - take in a change of view... 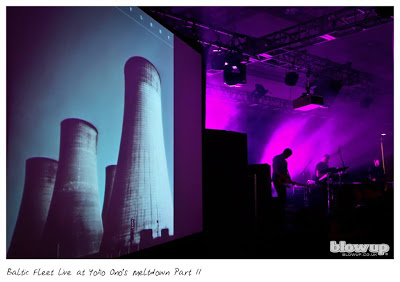 So what's been bubbling up over at the House of Blow Up? Long haul PM favourites Baltic Fleet were on the bill for the opening night of Yoko Ono's Meltdown last Friday. Playing two sessions - an early ambient/downtempo drift from 6pm, with a bulkier, beatier, bruiser of a do at around 9:30

Personally, I can't wait to see them belting out their unique brand of electrickery to a field full of festival-heads bouncing about to those Baltic beats. 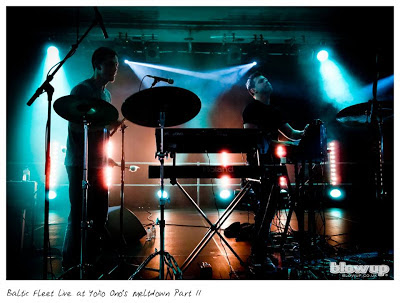 On Tuesday the 18th June - Dave Woodock a Southender you may have read about on this blog first (or perhaps heard on our Podrophenia outings) released his debut single Same Things on the Blow Up label. An absolute stomper of a song, which two years back was my intro to the Boy Wonder that is - Dave Woodcock. But don't just take my word for what a walloper of a tune it is - behold the review from swish-hipsters at Brandish who claim...

Same Things reinvents Brit Pop, but in a good way, a wonderful distillation of everything that is great about quirky English pop music. 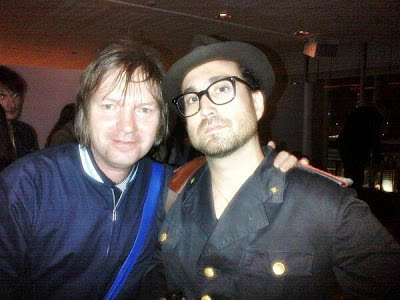 Are we collecting Beatles offspring?

God work J - I remember that. This was at the aftershow. Yoko was there too - but wouldn't do pics. Still I got a handshake and a hello.

And do you know which guitar hero junior is in Eight Rounds Rapid. The outfit with a single due soon on Podrophenia Records