What The Folk - Micheal Chapman returns to Southend tonight 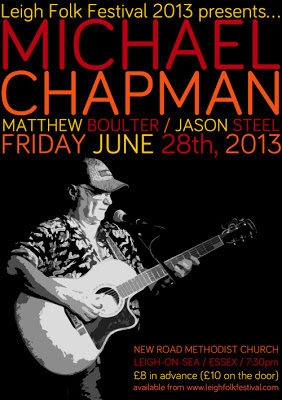 Rewind backawhiles, to January 2010... and you'll find me getting into a wide eyed (boy from freecloud) froth over Michael Chapman and the proto Bowie-tone colouring the sound of his 1970 album Fully Qualified Survivor - a tone brought to the FQS sessions by the recording debut of Mick Ronson..

The result of some stealthy info-digging since first hearing FQS - reveals an entire web threading the Chapman-first/Bowie-later connection together, with a repertory of Chapman's accomplices and session men being absorbed into Bowie's orbit.  From 69 and Jon Kane covering Chapman's Soulful Lady (produced by Tony Visconti)  to Gus Dudgeon of Rainmaker and FQS (later of Space Oddity, MWSTW, Ziggy), Paul Buckmaster of Rainmaker and FQS ( also Space Oddity, unreleased Man Who Fell to Earth OST) to Chapman's drummer Richie Dharma later appearing on Lou Reed's Walk on the Wild Side - and of  course - Mick Ronson's The Rats (from Hull), becoming Bowie's Spiders (from Mars).

So what's the point of this see-saw style, name-spotting? Well, Chapman returns to Southend for an appearance as part of the 2013 Leigh Folk Festival, which I believe, is his first live outing in this area since playing two local gigs with Bowie in 1970...

The tickets are booked, the bikes have been readied for a cycle to the venue - and who knows I may even try and grab a quick natter with Pal Chapman to get his take on the push-me—pull-you tale. 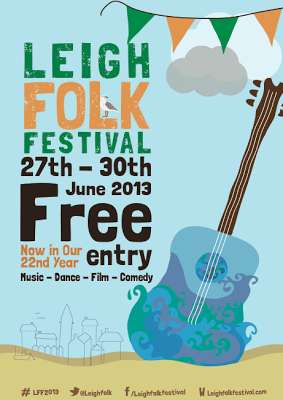