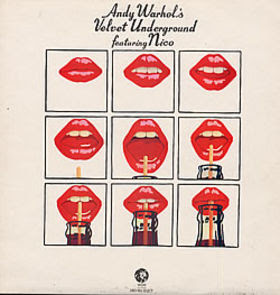 Following on from Mick's bit of bubblegum blogging I've been inspired to post a pair of sweet-tooth booties, built around two Velvet Underground numbers.

Lou and Andy's band (not those two from Little Britain) may seem like the last lot on earth to ever make a Funky Friday appearance, but when the Willy Wonka of pick 'n' mix pop Mark Vidler sets to work, pure gold is often spun from the unlikeliest of ingredients...

You may have swift shrift for Christina Ag's warblings, or perhaps minimal interest in the Velvet's catalogue - but whisk them together, add sprinkles, sparkles and a dash of The Communards to the closing coda - and it's almost impossible to resist the lip-smacking sugar rush of this pure pop cocktail - something that sounds like a long lost summer single from the seventies..

And what's this - Waiting For The Man, Sugar Sugar and a splash of Basement Jaxx shaken and spun into something sweeter than candyfloss - well I never! 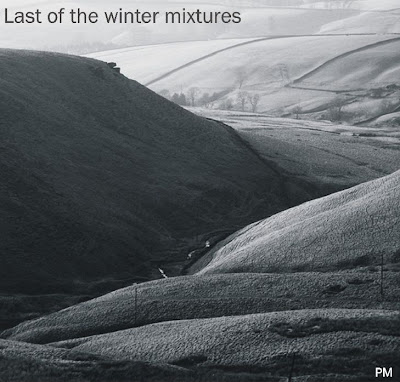 Photo by Bleech - he's in today's Observer you know
So as this year's chill begins to fizzle, perhaps it's time to take a reflective look at that was the winter that was - by way of a mix that's perhaps more downtempo, frosted - and some may even stretch to bleak, than the usual mondo mania. With a collection of cool jewels and crystal melts, from mainly Northern European icy climes.. Get Carter(Newcastle), Serge, Yves Montand and Air (France) John Martyn (Scotland), Baltic Fleet (Liverpool) and Stina Nordenstam (Sweden) ...threaded together by a motif of movment and travel - which I'd like to claim was planned, but in truth, is entirely random...

Last Of The Winter Mixtures

Soundhog's booty of Brandy & Monica meet The Doves is a thing of such slow shifting pure beauty it really does deserve a solo posting..

Soundhog The Doves Are Mine 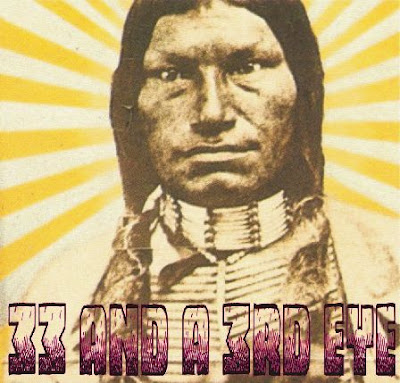 I’m guesting over at Devil Dick's blog today with brand new bespoke mix - ’33 and a 3rd Eye’ - that scrapbooks heavy mod, rocking hippy and some swishy sounds of the underground into a 70 minute blitz of grooving guitar based goodies - there’s a taste test below – but the full fat version is available right here..

Two tracks I couldn’t seem to squeeze in - and one that I could, form a trio of early doors appearances, and low key/in disguise numbers featuring some of rock’s heaviest-hitters..

Jeff Beck (with Rod Stewart and Ron Wood)- All Shook Up

And the Magical Mystery Tunage...

Or the anon' artist lending some welly to this budget comp cover of..

Spirit In The Sky..

If this a touch too crash, bang, wallop - and you fancy something lighter on it's feet - why not try the confessions of a drummer...it's disco a go-go
Posted by Mondo at 7:25 AM 13 comments 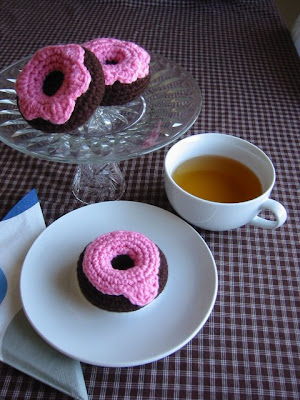 Until it finally closed a few years ago, my favourite local, second-hand record and bookshop (and the only place you'd get a fair price for your hand-me-down albums) was run by a genial 'Mr Pleasant' type, that would give a welcoming tap on the window whenever I passed by holding up items of interest, and keeping Beatles bits 'n' bobs back for me .

His shop was perma-stocked with an unusually healthy amount of quality goodies - framed sheet music, retro posters and promo CDs. So a bit of surpise then, when I heard the local BBC radio station dropping a reference to Mr Pleasant's shop - turns out he was none other than the Abbey Road/Decca legend Peter Eden, who'd discovered and signed Donovan after catching one of his early gigs in Southend..

He never managed a Donovan sized strike again, but had his fingers in several sixties pies - musician, manager, songwriter, A&R man and producer. A selection of which were collected for a limited edition (1000 copies) anthology of Pete Eden productions released last year - appropriately titled 'Nice' 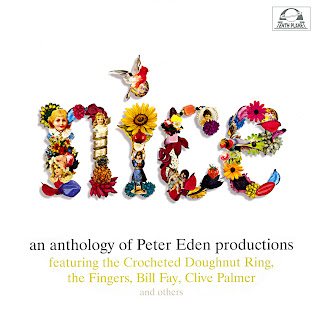 Two of the many sixties band's to get the Eden treatment were also fellow Southenders - Crocheted Donut Ring - (whaddya mean you've never heard of them?), whose 'Get Out Your Rock and Roll Shoes' was/is one of my most played nuggets..

Crocheted Donut Ring - Get Out Your Rock and Roll Shoes

And River, formed from the crumbling scraps of Crocheted Donut Ring...

His shop may have gone, but Peter Eden is still alive, well and living in the Southend area with an active interest in music - in fact the last time I spotted him, he was bustling around catching some acts at the Leigh Folk Festival. 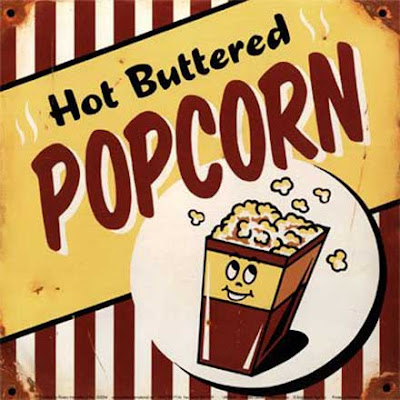 Remember the 1972 smasher 'Popcorn' by Hot Butter - a track that galloped along at the speed of the space race, sounding like Donna Summer on Skylab, Cosmonaut pop and the future unfolding around your very ears.

Well, did you know it was actually a cover? A cover of a track already three years old, and taken from Gershon Kingsley's 1969 album 'Music To Moog By'...

Never one to miss a contemporary pop-trick (like the local Marching Militaire, or Brass Band that screech out refits of cinematic hits) Herp Alpert, had himself a wallop at Popcorn

Goodbye to bubbling, fat analogue sounds, sine waves and Moogadoodledoo . Hello to the soothing muted toot of the Tijuana Brass, the tropical lapping of steel drums and the soft plod of xylophonic pop...

Both varieties are below - so, why not try a taste test and see which you flavour you favour...

How Smashing Would It Be ... 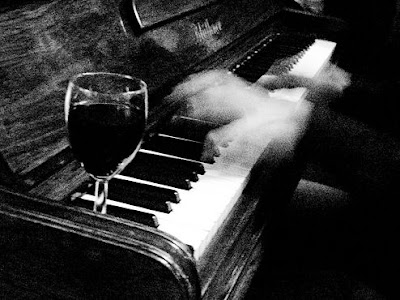 To walk into any packed pub with a piano, dust off the lid, roll up your sleeves, crack those knuckles - then knock out this fire-fingered piece of piano hammering magicness.. 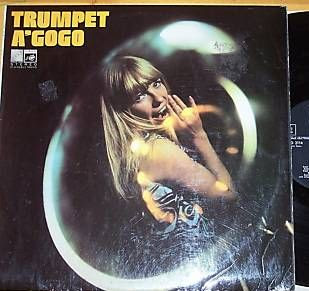 You can build a wall to stop people, but eventually, the music, it'll cross that wall. That's the beautiful thing about music - there's no defense against it. I mean look at Joshua and Jericho - made mincemeat of that joint. A few trumpets, you know? -Keith Richards

We've covered vocals, guitars, drums, keyboards and even a bit of bass - but so far, not a sniff of the ol' bugle tooters. I think it's Keef who holds the theory that over-amped electric, rhythm guitars were the beginning of the end for horn sections (in the same way synth's replicated, but never replaced strings) And in fact the 'Satisfaction' riff was originally heard - in his head anyway - as a riff written for horns..

Now as fine and funky as this selection of stompers is, they clearly wouldn't have the same weight or wallop without the brass giving it plenty o' honk

Funky drums, even funkier hooting and a' tooting

I think Boys Wonder may have re-riffed this guitar part for What Makes You So Good - which, I'm hoping Piley will get round to ripping and posting some day soonish


The riff was in essence not meant for the guitar. Otis Redding got it right when he later recorded it because it's actually a horn riff. I never thought that was song was commercial anyway. Shows how wrong you can be.
Keith Richards
Posted by Mondo at 9:28 AM 14 comments 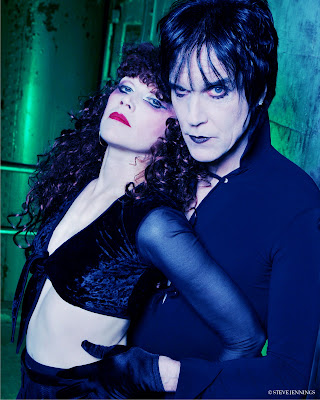 Probably some of the happiest moments of my teeny-times, were spent sipping, snogging, flapping and falling over, stumbling from gig-to-glugs, in itchy mohair jumpers, snug-fit jeans and motorbike jackets (bought from Kensington Market, The Great Gear Market or Nastys) - with the sickly smell of Boots Country Born setting gel, Snakebite pints and dry ice, to tunes like these...

The Cramps - The Way I Walk

A Cramps feature filmed for The Tube 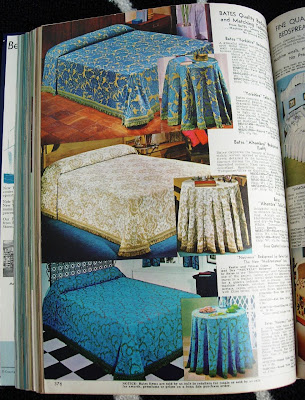 In me pit all cozy-like, that's where I'd like to be today. Tucked up and having a lazy lay in, perhaps nipping off to our favourite fry up merchants round the corner (fried egg sandwich and chips, is my favoured munch of the moment).

But the good people at C2C made sure the trains kept a-rollin', and the Fenchurch Flyer services were almost unaffected by any snowy closures or problems with 'points', 'signals', 'overhead lines' or any other train-tech talk..*cue quiet nashing of teeth*

I was very tempted to post Train Kept A-Rollin, but we've had enough rowdy rock 'n' roll racket recently..
Posted by Mondo at 10:06 AM 17 comments