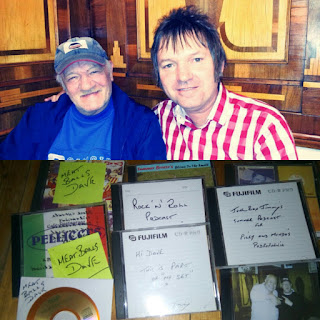 The story of the Pellicci legend that was Jukebox Jimmy is told today over at Spitalfield's Life. It also features Jim talking about some of his favourite records, and where he first heard them - in a recording he made for Paul Tunkin and myself. It's a rare insight into East London and Bethnal Green during the sixties - a perspective on the pubs, the scene and the songs of the time.

On a visit to Pellicci's in 2010, and knowing I was a music avid, Nevio Pellicci sat me on a table with Jimmy, we got chatting about soul music, became a good friends, and met generally once a week, and occasionally outside of Pellcci's at record fairs - or other cafes, when Pellicci's was closed. Apart from sharing the same birthday (16th December) - we loved the same music and would rattle on for hours about soul, rock 'n' roll, country and Blue Beat (Jim refused to call it ska) , his love of Sam Cooke, The Beatles, Elvis and how he hated TV talent shows...

Jim was a fellow record collector and avid, a great pal and gateway to an archive of lost gems and nuggets by way of CDs kindly compiled for me from his vinyl collection - sometimes left in the Pellicci pigeonhole (by the side of the till). I'd regularly spin in Jim's tips during sets at The Railway (Nappy Brown, Sugar Pie DeSanto ) or Podrophenia (Lavern Baker, Robert John). In return I supplied him with the odd Elvis bootleg and DVDs of Hoss Allen's The!!! Beat

I'd always hoped to get Jim down to Southend for a DJ set. Unfortunately this never happened - however he contributed to our Podrophenia radio show by selecting records, making some jingles for us, and phoning in to choose a track or two...

The JBJ story can be read here...and his guide to music heard below


A few from Jim's CD comps 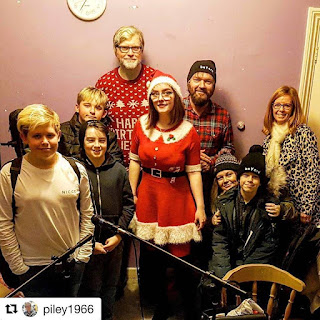 The Podrophenia Christmas special gathers together some of most talented young musicians from the Southend area: BaVard - an award winning talented trio with a combined age of 40, and the acoustic magic of Caitlin King (16). So, settle yourself by our radio fireside for a live session from both, festive puns, and some seasonal songs - including Donald Trump covering two tinsel tunes. And who are Beanie, Bobble and Slouch..

All here and all free...