The Sound Of The Suburbs 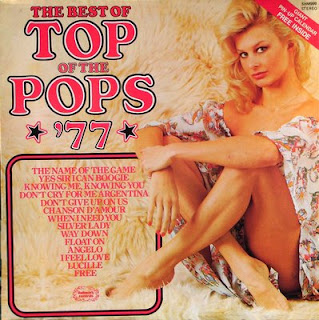 1977 may have been the big bang/year zero of Punk, but while the world crash, burned and turned dayglo, the UK singles and album charts stayed strictly beige, and a gallery of beards and Bri-Nylon, not bondage and black leather. It may have been anarchy and white riots in the city, but the real sound of the suburbs was glam girls with Farah flicks in disco dresses and bouffant chaps in cheesecloth and satin.

I've read far too many books on the UK Punk scene - three on the bounce so far this year, but none of then have the same snap, sparkle, spit and polish as Barry Cain's 77 Sulphate Strip, which has gone straight in at number 1 in my 'pile high club' of rock reads.

Taking a year (1977) in the life of a Record Mirror's initially reluctant'Punk' reporter, 77 Sulphate Strip scrapbooks the combustion and contrast of Seditionaries Punk and 'Sing Something Simple' style Pop by prologuing each chapter with the best selling singles and albums for that month (there's hardly a spikey top in sight) followed by reviews and interviews from Barry Cain's original Record Mirror features on the Pistols, The Stranglers, The Heartbreakers, The Jam, The Damned and Demis Roussos while threading in offstage stories and anecdotes of scams, schemes, scary Dutch hells angels, dodgy raffles, girl chasing, globe trotting and living at home with mum and dad. I can't recommend it enough. It is simply, one the finest pieces of music writing ever published.

I was too young for Punk in 1977 and could only afford Pop at pocket money prices - so why buy just one real deal single, when you can have a full albums worth of soft focus sound-alikes?

Is The Queen A Moron? Sex Pistols on the GSTQ single 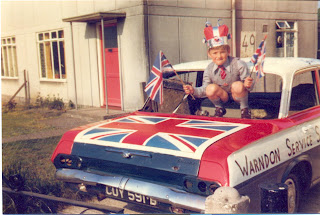 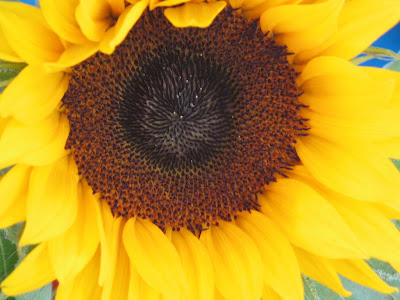 Phew what a blooming scorcher.
I'm sneaking my 'Summer Sounds Like This' Mix up for a limited run. It's a bit more Balearic than the usual Mondomania - but never mind the Balearics, it just seems simpatico in this crazy heat. 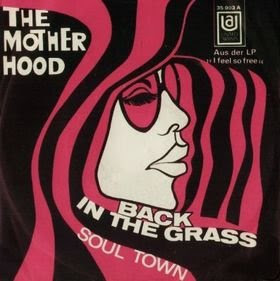 This would be the end of office hours anthem. When clocking off time arrives (4 pm Monday - Thursday, 2:30 Fridays) whistles wouldn't be blown or hooters tooted. No,no, no. 'Soul Town'* would be piped through PAs as everyone drifts away from their desks and doings, heading for the park to waft through willow trees.
The Motherhood - 'Soul Town'

All alarm clocks would kick off at the crack of 10am (Mondays to Fridays) with this ripstart stormer.
The Fabulous Wailers - 'Wailin''

And The Gee-Cees would provide the offical opening fanfare for all Saturday night shindiggs, shakedowns and tear ups.
The Gee-Cees -'Buzz Saw Twist'

Suggestions for parade music, event anthems and any other occasion motifs are always welcome.

And please, please, please pop over and say hello the Larry Funky 16 the King of Crate Diggers who's just reached 1 million hits - yes 1 million - and is celebrating with a special mix of funky Beatles covers.

*If I ever get round to doing a podcast (called-'Spodulike' ) I may use 'Soul Town' as the closedown tune
Posted by Mondo at 12:10 AM 8 comments

"And now he is a puppet dancer" 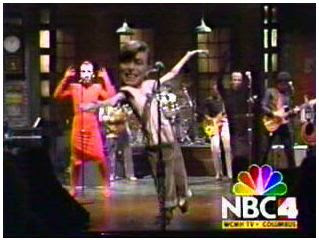 Piley put me on to this Bowie boggler years ago - when I discovered YouTube, this bizzaro Bowie-as-Pelham-Puppet performance of 'Boys Keep Swinging' was the first vid' I searched for, but some ol' spoilsport pulled it a week later - since then I've been trawling the 'Tube at least once a week hoping for the return of the Thin White Duke, only to find it on Yahoo/AOL video (no, I didn't know about it either).

Anyhow - while it's online,watch it, watch it and watch it again. - It is a pinocchio a go-go gem.

And, have a pop on over to I Should Be Working for another video version of Bowie and 'Boys Keep Swinging'.
Posted by Mondo at 1:58 PM 10 comments 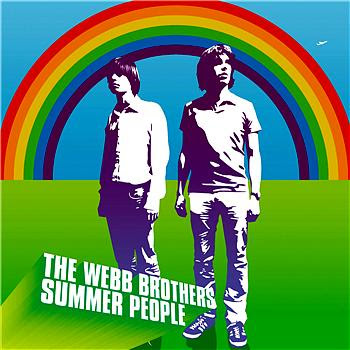 Here's a twinset of sunny delights and summer smashers that never were.

Jimmy Webb's boys (Christiaan, Justin and James) clearly inherited their ol' dad's fine ear for a melody and his talent for tunesmithery.


Ding Dong! Avon calling (to the faraway towns). All the way from Devizes The Davey Brothers pollinated big beaty rock with sweet tooth pop to make this high energy hybrid - now if only I could find that pesky vid' for 'She's So Fine'.

Our town of sunny Southend is twinned with Sopot, a very dandy riviera affair, offering several accommodation options 'hotels, motels and campings' and a sprinkling of swinging 'Disco Clubs' for leg shakings, including the temptingly named 'Galaxy', 'Viva' and 'Derby' (eh?)
Posted by Mondo at 12:01 AM 6 comments

Email ThisBlogThis!Share to TwitterShare to FacebookShare to Pinterest
Labels: I though you'd be huge I was wrong, perfect pop, Pop Goes The Summer, southenders, Summer sounds

Funky Friday - The Joy Of Six 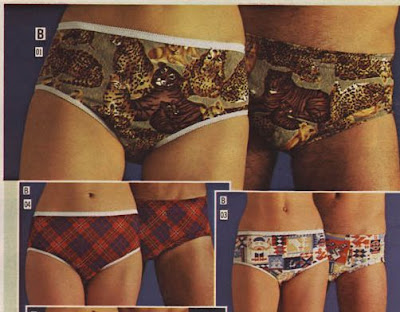 We'd both like to thank Planet Mondo for having us do this little guest post over here at his world famous Mondo Atomic Blog!!! This is as it looks a HIS and HERS Collaboration for Your Funky Friday. Please Enjoy

Ladies first and she's giving you some Doo-Wop...


The Devil's part of the show is 3 choice, little instrumental nuggets!

If these 6 little ditties don’t put a smile on your face this fine Friday then I don't know what will!!! 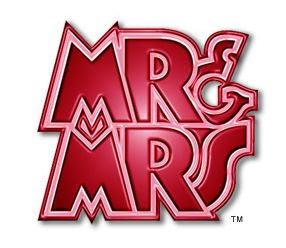 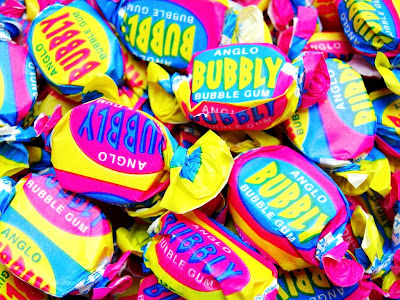 The Good News
My Indiana Jones 'Raiders of the Lost Archives' quest to gather up golden nuggets, summer sweeties and snap crackle and pop tunes, has led me to possibly the hookiest band heard since Jellyfish - The Sonic Executive Sessions "Just 3 mates using some studio downtime to share their love for all things easy on the ear" is how they describe themselves - peddling peachy treats and marshmallow melters drizzled with hypnotic harmonies is how I'd describe them

The Bad News
There's no record deal, Sonic Exec's CDs or downloads available ( except for a cover of 'Hello' on the Jellyfish tribute album 'Sensory Lullabies')

The Happy Ending
But, being the thoroughly pleasant bunch of chaps they are, TSES have made one their tunes available for streaming right here - '17 (over you)', which spins and whips a pick 'n' mix blend of Beach Boys, Jellyfish, Ben Folds and late 70s singer songwriters like Andrew Gould and Gerard Kenny into a candyfloss confection of all things pop shaped and bubblegum coloured. Even good ol' Willy Wonka couldn't create treats as sweet as these.

The Sonic Executive Sessions '17 (over you)'

The Quinn Martin Style Epilogue
I've been lending an ear to the Beach Boys 'Holland' and 'Sunflower' as suggested - 'Sunflower' is nosing ahead at the moment - mainly because of the ol' blab and jabber on 'Mount Vernon and Fairway'!
Posted by Mondo at 12:00 AM 11 comments 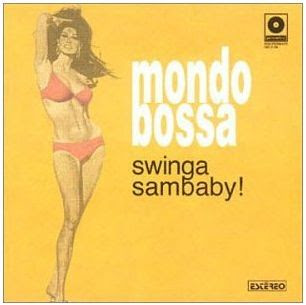 And finally ¡Salud! to Budd for tipping me off about Freakpower's 'Rush' which samples Pucho's 'Got Myself A Good Man'

Back to the usual Rioja and Roll next week hombres
Posted by Mondo at 12:10 AM 14 comments 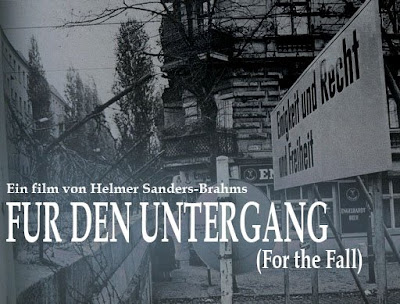 Roman Empress and I have been putting our collective noggins together for a 'prog blogging' project. RE has thumbnailed nine key scenes for an imaginary film ‘Fur Den Untergang’ capturing the cultural claustrophobia, ‘Stasiland’ suspicous minds and shifty whispers of early eighties East Germany - while I've compiled a nine song soundtrack which hopefully matches the mood of each scene and the Totalitarianism and tower block greyscapes of the time..

You can read the script here, and download the soundtrack below...
(or stream it over at RE HQ)

But there's a couple of extras and outtakes too.

Gina X - 'No G.D.M.'
I had planned to use this for 'scene 4-the party scene', but 'G.D.M' seemed cult rather than club, and didn't have the new wave cocktail cool of Grace Jones


Brian Eno 'Mist/Rythm'
This had been 'final scene' for 90% of the time, but seemed soothing rather than sombre, whereas John Martyn's ghostly notes seemed pitch perfect for the lonely closing coda. 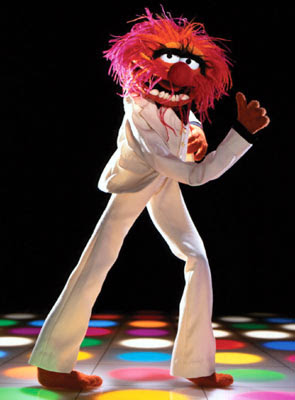 Well we've given 'guitar' a go-go (although some ol' spoilsport's pulled the vid's since), thumbed around with 'bass cadets' , tinkled with 'keyboards' and covered 'vocals' - so how about those bad boys (or girls - check out Chaka Kahn here) at the back of the band then?

If you've ever fancied a go at air percussion or desktop drums - these two tunes are the perfect soundtrack to some fantasy flailing.

I've no idea who the anonymous bod banging out back beat in Pucho's band is, but, like all truly top drawer drummers he balances his heavy handed crash, bang, wallop with perfectly positioned breathing spaces. Check out the light but tight tension and small scale pauses teased into his demolition drum breaks during this flute tooting tear up.

Pucho And His Latin soul Brothers - 'Got Myself A Good Man'


Tony Newman is a legendary session drummer that's played with Bolan and Bowie (all three are seen in this clip) Jeff Beck and Donovan (all three can be heard on the Donovan's funky number posted last week).

'Let The Good Times Roll' is a full pelt belter with scattergun drums thunderpunching their way through this Northern Soul thoroughbred that gallops out of the traps like a Grand National winner - it can't surely be possible to pack any more action into 2:36 - can it?
Tony's non stop stomper was featured as part of the 'Cool Britannia' mix over at the Fu Fu blog(congrat's on your recent wedding Vince).

And you just can't do a drummer post without an appearance from the 'The King of Sticks' Mr Bernard 'Pretty' Purdie who demonstrates the delicate difference between Salsa and Afro Cuban styles.

I've developed a something of sweet tooth for sugar puff summer pop over the last couple of weeks (I'm not alone though, Claire Woo' and Five Centres have both had similar cravings) , I can trace mine back to the source when a cosy local BBC radio station played 'Sail On Sailor' as part of a 1973 chart rundown ('S.O.S' got to number 37) - and that was it - the tune was anchored in my head, repeat played several times on the bounce and has left me high, dry and buzzing for candy floss pop ever since.

Now, I've got a complete blind spot for the Beach Boys, I know 'Pet Sounds' is regularly pegged as a classic (not that I've heard it), but otherwise I couldn't tell you the blue flag beauty spots from the red flag danger zones in their back catalogue.

Wherever this tune sits in the ready reckoner of rock - guilty pleasure or buried treasure - 'Sail On Sailor' is a drifty dreamy honey coloured mellow belter, perfect for a summer soundtrack..

Ray Charles and the Beach Boys - 'Sail On Sailor'