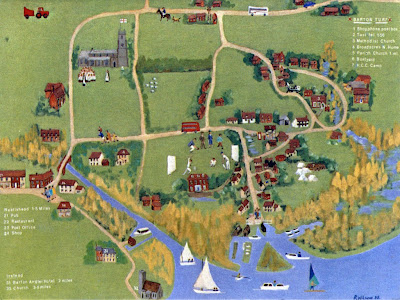 Barton Turf: whistling distance from our holiday digs...
We're off for a few days much needed breather and break next week. To Walmington-on-Sea in fact, well not yer actual Kent/Sussex village, but nipping about some parts of Norfolk occasionally spottable in Dad's Army location scenes - it's the flint walls that give it away. Cromer crab, Roys of Wroxham a trip to Narge and boating on the broads are all possibilities at the mo'.

In other news: I only realised a few days after last Sunday had passed, this place had clocked up three years on the blog-o-meter. I had been planning a third anniversary jamboree of sorts - but it's all slipped sideways over the summer. Luckily, those jolly ol' rockers The Wolfmen have allowed me to give an exclusive debut airing to their flute-tootin remix of the latest single July 20. It's the sort of Hanna-Barbera bouncer perfect for lolloping off on your hol's.

So I'll see you in a week or there abouts my booties. And perhaps we'll catch up on the missing Dear Diary posts when I'm back.
The Wolfmen - July 20 (CC's Canned Heat Summer Flute Mix)

Perhaps by year four I'll have remembered hyperlink code without having to look it up.
Posted by Mondo at 9:25 AM 15 comments 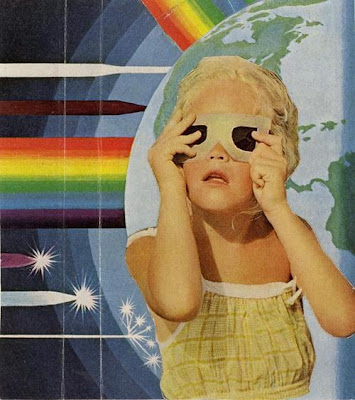 Although it's Memory Cassette who have been the real spoonful of sugar. Something like a cosmic Cocteaus glitzed with a downbeat disco shimmer. Lend an ear and melt into the magic.

Memory Cassette - Listen to the Vacuum

How can anyone feel glum after a blast of this bubblegum booty from the Grand Master of mash ups. Released yesterday (as part of a three way whammy)and grabbable here

Saying goodbye for a while 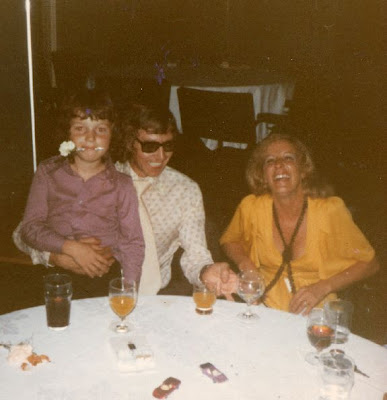 Both gone now - but I'll always think of them like this
The moment we had been dreading finally arrived on Sunday 25th July - when the hospital gave us an early morning call advising I should come over.
Mum remained sleeping and peaceful with four close family members by her bedside. And a few hours later when the final silence started to settle - the sun shone and mum's youngest sister and a niece held her hands as she slipped softly away in my arms.

I can't tell you what a comfort being there has been for me - knowing mum wasn't suffering, scared or alone in those closing moments. That she was sent gently on her way with kisses and a whispered 'Night, night' and 'God bless' - the same phrases she soothed me to sleep with so many times as a child.

We're ok and getting by at the moment. A bustle and swirl of phone calls, visits and arrangements to make have been keeping us occupied. Just over a month ago, the plan for this week had been to take mum away to Southwold for some sun, sea and a change of scenery. None of us expected to be arranging her funeral instead.

The final goodbye takes place on Thursday, and it's after this I expect the slump will really set in. All those hidden triggers for tears and heartbreak - seeing her handwriting, finding old pictures and bits in the loft, forgotten songs on the radio, questions I'll go to ask that will stay unanswered. The one-sided silence and a deep sense of loss and emptiness.

It was the same when Dad died nine years ago, although dad's death was so quick and unexpected - just two hours after being rushed into hospital, it left us reeling for years. But, eventually we found calm, comfort and a new normality. In some ways you never get over these things - you just get used to not getting over them.

I never got say goodbye to dad, so I'll play something from The Faces in his memory.