Podrophenia fifth Anniversary special - with five tunes of boom, from The Ends... 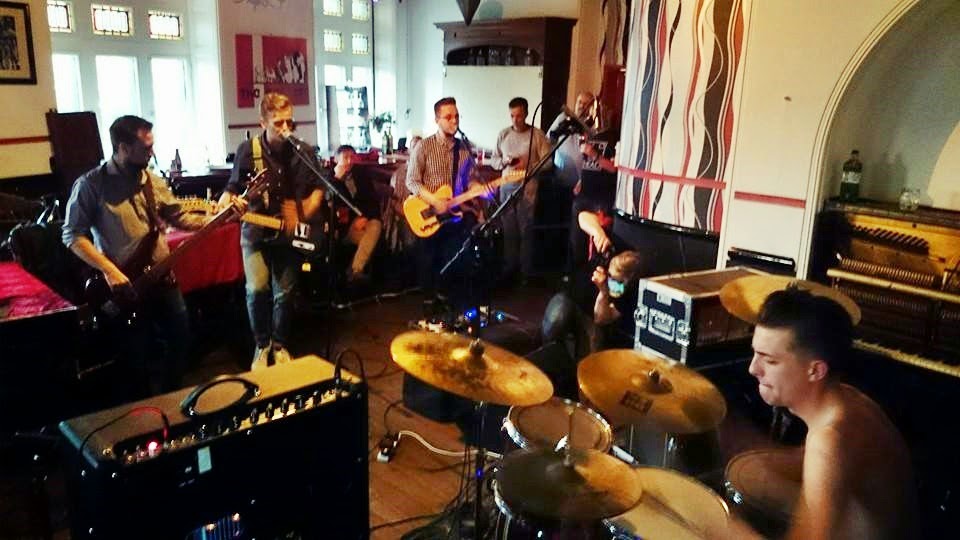 Kapow, what a way to celebrate five years of Podrophonic bumbling - with a full-pelt belter of a session from The Ends. Who, gave us a fistful of booming new tunes - and a couple of bonus covers, off the cuff and unrehearsed, but sounding as fast and furious as the rest of the set  - all played out live, to a specially invited audience, and at the centre of the set  - new single Black Hole Girl

And a pop-up from Podro past guests Pouchy Paul and Jack Gestures, and newbies to the pod booth - Steve Taylor of Swindle and Mickey Denny

So buckle up and behold as Podrophenia meets The Ends...
MP3 here, iTunes here or stream away below 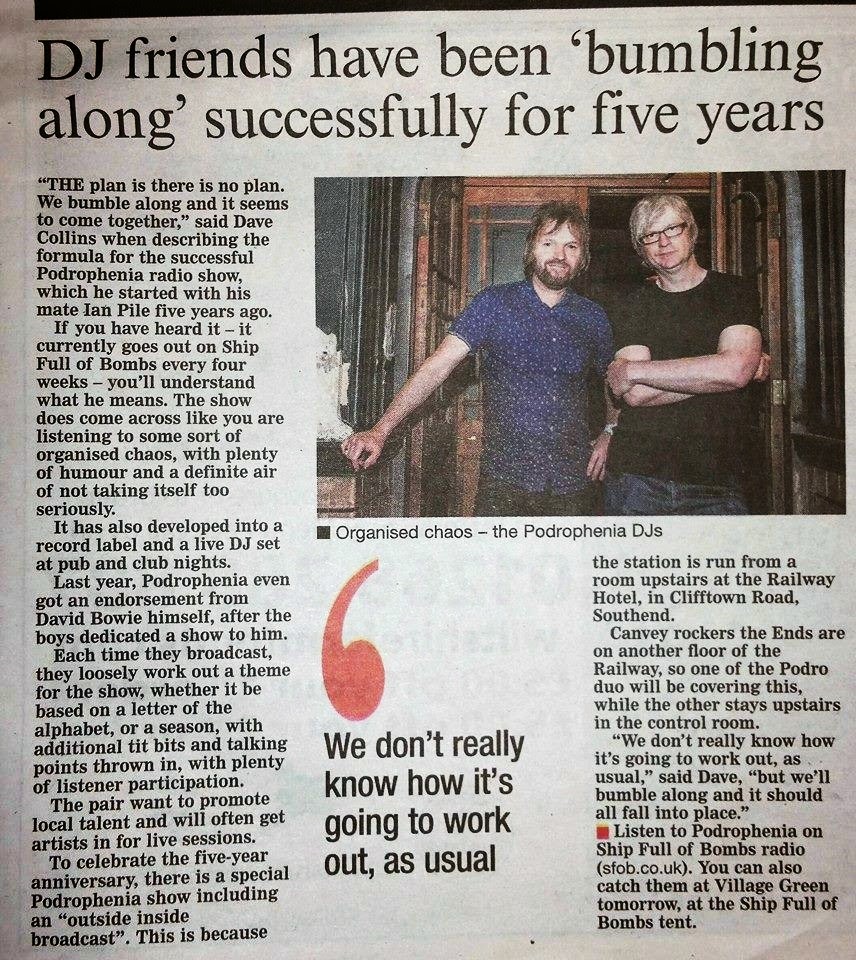 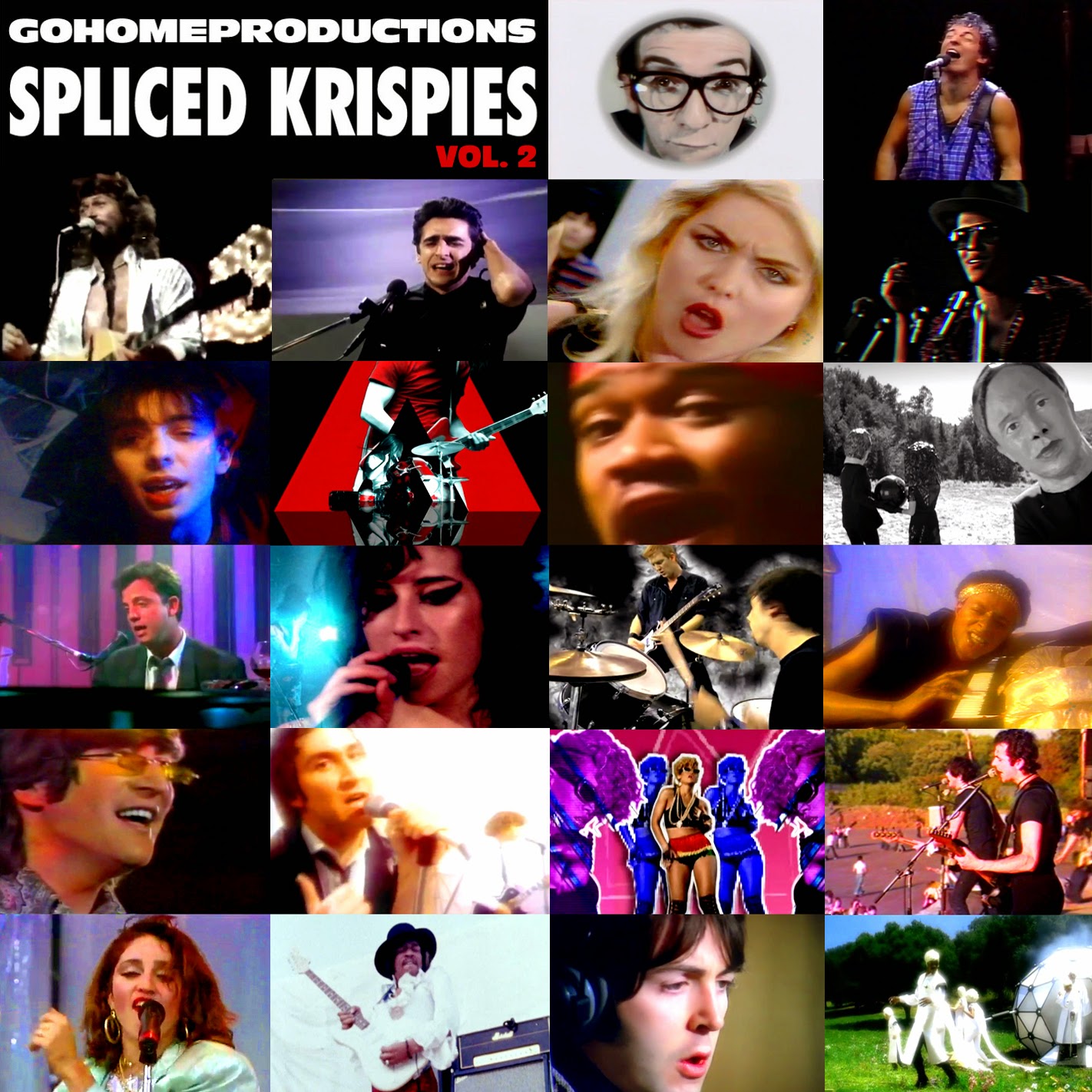 When I first fired up this blog, almost seven years ago - one of the earliest entries was a Fabtastic bootleg remix Jet Lady Joe - leaked from the lab of DJ and remixer Mark Vidler - aka Go Home Productions...

A few months on, and we were lucky enough to bag a world exclusive on GHP's hat-popping, bastard pop compendium - Spliced Krispes, which bolted together The Supremes with TV themes, the Beach Boys with school boys

So huzzah and hats in the air - as the Willy Wonka of soundwaves, returns with booming new batch of disco biscuits, where scraps and shrapnel from R 'n' B, punk, 80s funk, new wave and new bands are whisked and whirled into newly minted mashups and sonic screen prints.

You can grab the entire collection for free here - but first load up on a triple whammy taste test with a few words from GHP HQ..

I've always loved 'My Sharona' with a passion that borders on the ridiculous...seriously *cough.. and always wanted to pair it up with something decent. Along come them Beatles (again) and Paperback Writer (again) but what the hell, these two tracks were made for each other. Lot's of editing went into this one but I won't bore you with technical details....for long.

The Beatles 'guitar riff' was cut to match the Sharona riff and plays with it the majority of the time. Had to edit down the long version of Sharona to match the 'single' version...easy...and had lots of fun finding relevant dub delays & reverbs. There you go...that's as boringly techy as I can be bothered with.

Had a Stranglers fixation for a month or so earlier this year. Was hoping to do something with 'Nuclear Device' but Peaches is much easier to plunder riffage and stuff from. Listening back to this it reminds me of early GHP bootlegs...in the way that I used to pair all those 'R 'n B female vocals with rock songs...mainly due to the fact that in those heady days of 2002-2004, those were the only readily available acapellas I suppose.

Anyway, Rihanna complements the bump & grind of Peaches pretty well. Check the video! I plundered lots of the footage from The Stranglers gig at Battersea Park '78 when they brought on 10 strippers for Nice 'n Sleazy.

A cheeky little match. Was originally wanting to have Smokey's vocals with strings only from 'Whatever' but alas the strings in the verses aren't available, so had to make do with the full Oasis instrumental until the very end where the strings play out. An odd mix but the Oasis track is very 60's in structure and a handful of Motown tracks would probably work with it. Smokey got the short
straw 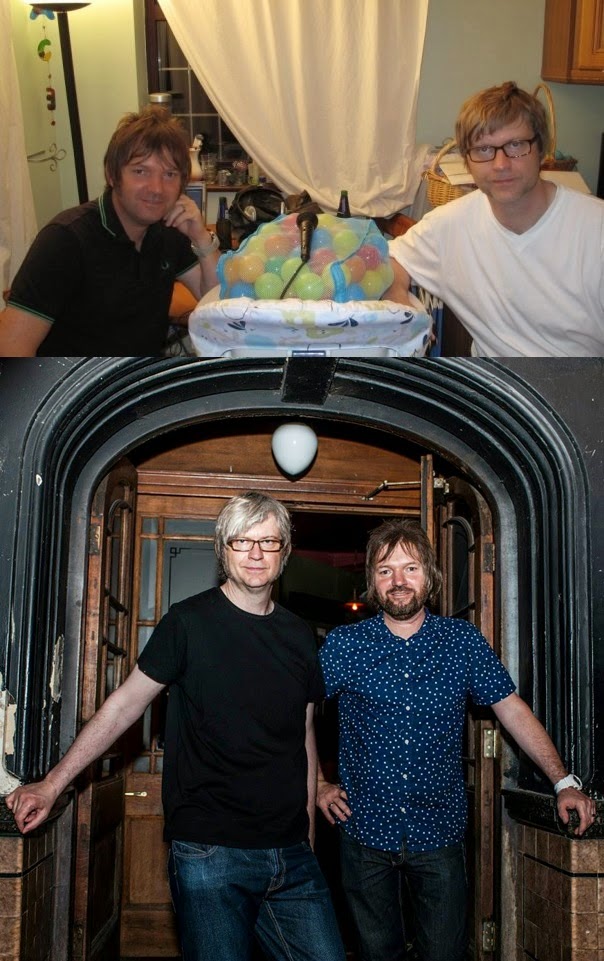 This evening Piley and I celebrate and mark our fifth Podrophonic Anniversary! Five years that started with us parked up at Piley HQ playing records and a ball-pit, to tonight where we'll be broadcasting live music from The Railway's ballroom

Been lucky enough to bring in a gallery of guests for chats and natters. And were on to our 8th live night at the last count, Podrophenia (and sometimes Retroman team-ups) always superbly shot by Paul Hughes, that have included storming performances from the Len Price 3, Bif Bam Pow, TV Smith, Dick Yorke, Swindle, Andy Gallagher, Thee Faction and - Eight Rounds Rapid, the rising rockers who became our first release on the Podrophenia label 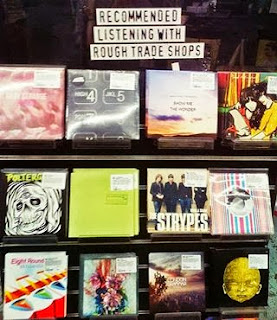 Random Podro moments: a flashmob review from the listeners on this single. A stage invasion at our TV Smith night, being bootlegged by Russian sites. Although of all the hot-spots and highlights - getting the offical endorsment and approval of David Bowie will be hard to beat..

A magical, and musical mystery tour that has taken Piley and I to places and people, we couldn't have in anyway expected when we chuckled and bumbled our way through that first sixty minutes of tunes and chatter in July 2009

If you've ever listened live,downloaded a podcast, chipped in, appeared in, commented, suggested a tune, bought a single, shaken a leg at live night - we'd love it if you could swing by for a listen in tonight

You can listen live from 8pm Southend Sentral Time here at Ship Full of Bombs and chip in at Chatwing...

Salut and here's to another 5 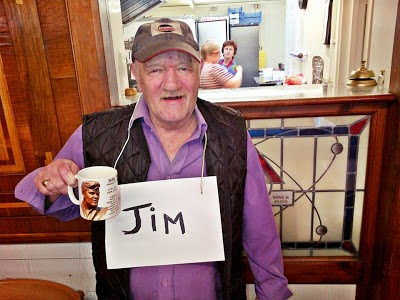 Boys, girls, rockers and rollers, for the next sixty minutes - let the Pellicci legend and pal of mine, Jukebox Jimmy take you by the hand and guide you through the streets of Rock and Roll..

Jerry Lewis, Chuck Berry, Ricky Nelson, Jackie Wilson, LaVern Baker and roll call of other rockers are  pitched into play with narration, tales and context about the tracks and acts from Jim

All ripped and rendered from the vinyl library that makes up the JBJ collection. Fill your boots and brothel creepers below...