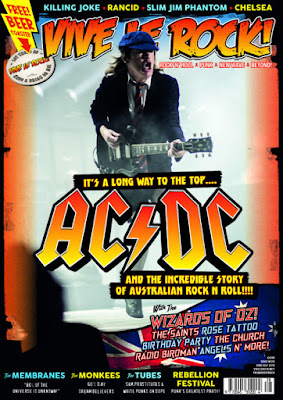 For those about to read - we salute you: rock. rollers and rumblers - fill your bovver boots with the latest Vive Le Rock - an Aussie special, featuring a piece from you know who on the Australian/NZ only Yoof Cult - Sharpies... 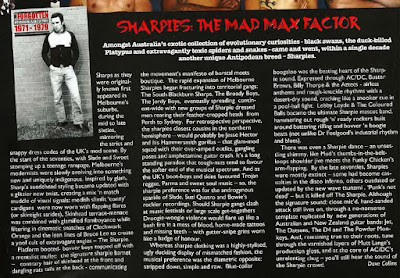 Dig around the back pages you'll also find me giving a critical ear to  Johnny Thunders live L.A.M.F. A couple of reviews submitted, which didn't make the final edit due to space issues were - Beat Bespoke 6 and the Memphis Dawls - but nothing goes to waste, so dig in below

The essence of Beat Bespoké volume 6 straddles the 67-72 era when mods became rockers, rockers turned hippy and hippies got heavy. The mood of these freshly-picked finds is one of frizzy hair, fuggy clubs, open air freak-outs and underground festivals. From the fuzzy stoner rock of Jerry Holmes ‘I’m The Man’ and Spontaneous Generation’s ‘Purple Purple’ to Chris Rayburn’s ‘One Way Ticket’ with its thumping drums and Are You Being Served strings, to the in-kraut sound of Marian Ruxell’s ‘It’s So Much The Better’ and the galloping garage of The Tears ‘Rat Race’ - BB6 gathers together a collection of heavy mod, garage nuggets and psych pop that wouldn’t sound out of place on the Dracula AD 72 soundtrack. A new addition to an already healthy back catalogue, and where the New Untouchables begin to give Psychic Circle's Instro Hipster series a run for their money

For all of its broad country trimmings and western trappings, echoing from The Carter Family and Tammy Wynette to The Handsome Family and Doc Watson, scratch beneath the surface of the Memphis Dawls Sun Studio recorded album and I wouldn’t be surprised to find a broader book of influences subtly colouring the collection that makes up Rooted to the Bone. ‘Liar’ has the soulful horns and harmonies of Aretha in Alabama for her Muscle Shoals sessions ‘Skin Like a Cage’ could be an Allen Toussaint twist on Bacharach and David standard. While the American Gothic of ‘Shadows’ shuffles with a dark-hearted gumbo groove. And ‘Please Don't Leave Me’ takes a transatlantic hop to tap up Kate Bush, Bridget St John and The Beatles. An album of folk-soaked confessionals and galloping cowgirl anthems with a pop sensibility that saddles it somewhere between Gillian Welch and Aimee Mann 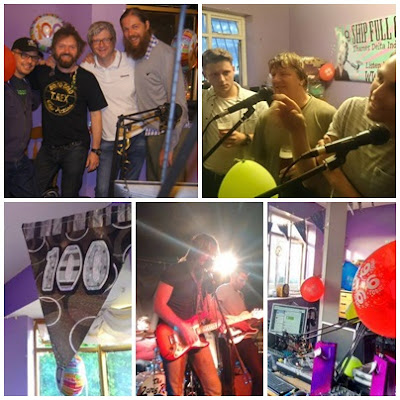 Huge salutes are due to the ever-glowing Jo Mondo and Citizen Marmite for bringing in the birthday bling. To George Crockford  for the Ship Full of Bombs tech decks duties. Hubbs for the Jingles.. To the guests and chippers in Tommo and Sam (Mondo Jrs) Alan Cathouse, Drakey, Grant, Steve Swindle, Jack Gestures,. Mark Dredge, Ruben, Baz, Bob, Paul FSP – and roaring toot is due to The Long Run boys Darren Gavin and Joe for ripping the roof off the The Railway…
Sample a two tracks here - then full your boots with the full set below...


If you were there, or want to be hear the hi-jinx and hat-popping performance from The Long Run, download and dig it here…

Podrophenia - our 100th edition. Live tonight with The Long Run in session.. 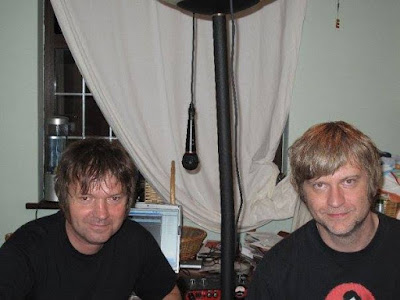 Is this thing on? Our first Podrophenia 2009

One bumbly summer evening in July 2009, Piley and I parked up at his place with a few scraps of adhoc tech, borrowing Tiny Piley’s toys and trimmings as mic stands – to record our first Podrophenia podcast...

who'da thought 6 years on and 100 episodes later, Piley and would still be trundling along with our ol' Podro-biz. Or, Adam 'n' Eve some of the capers, characters and carry ons we've been involved with during the duration..

If you've ever listened, downloaded,chipped in, phoned in, been a guest, bought a single, made a jingle, played, danced or drunk at a live night, whether your an early joiner or late adopter - salut! And it would be a roaring treat if you could tune in (tell a pal) and join us for our 100th edition tonight

We’ll be live from 8 at Ship full of Bombs. With our first ever musical session guest Darren Jones joining us for an indoor/outdoor broadcast upstairs at The Railway, Southend. And bringing his full band - the appropriately named The Long Run (and an audience of pals) with him..

Theme-wise, we’ll be winging in some unplayed favourites fitted around some of the 100 themes Podrophenia has rolled out over the ages. You can tune in here from 8 at SFOB – or chip in via the chat room here.. 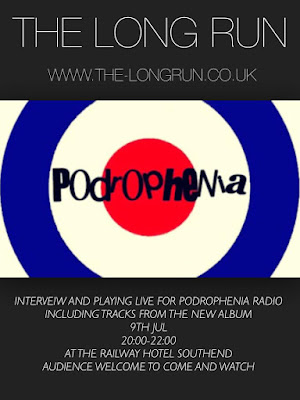 For further Podrophonic shenanigans - you can also catch us doing our tune-spining thing at Southend's biggest music festival Village Green Festival this Saturday...

Piley and I will be parked up in the games tent between 12 and 6 (ish). Then appearing on the idea13 stage between 7 - 7 30 along with some of fave band Howling Black Soul and The Ends

The VG programme, map and guide is grabbable hereabouts 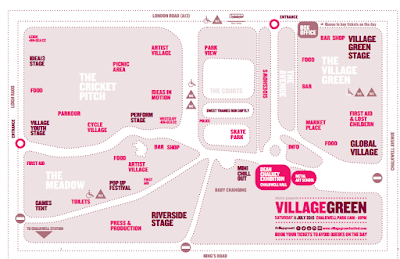