It's an evening of double billed wins tonight on Podrophenia as we're joined by award winning columnist and comedienne Sadie Hasler along with local folksy bloke M G Boulter...

We'll be getting the lowdon on Sadies scribblings and some live music from Matt's solo album The Water or The Wave..

The usual playlist of Podrophonic picks will be threading together:

All this and James from The Ends working the desk - and will Piley make it back from Warwickshire in time before we go live on air....


All live from 8PM on Ship Full of Bombs 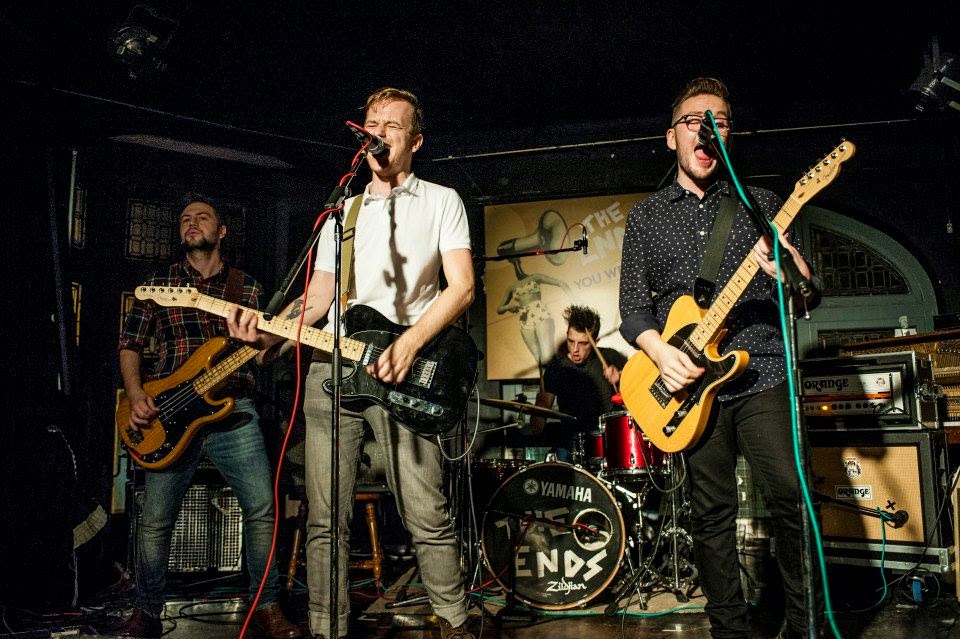 What a wingding. What a Shakedown. What a tear-up. An evening of  triple win amazingness was had by Howling Black Soul Dr X , The Ends - and the Railway's assembled drinkers and dancers.As Piley says it was like having three headliners.

Huge salutes due to everyone who played, danced and drank and Duncan on the desk for the wall of sound..

Howling Black Soul were majestic. Their album is already one of Podrophenia's highlights of the year, but live they somehow even outdid that! Incredible sound, proper R.O.C.K vocals! 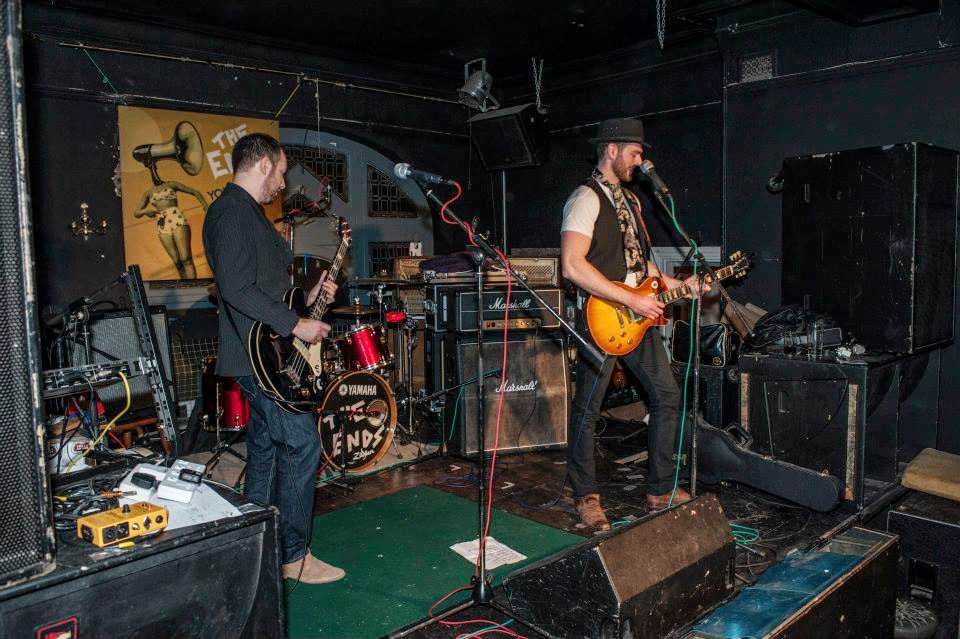 Leicester's Dr. X were playing their first ever show in Southend (possibly Essex, maybe the South in general!), and what a treat it was. Mesmerising seeing them create such a amazing sound from home made, hand-crafted instruments, ingenious! Loads of great feedback on them during the rest of the evening and the CDs seemed to be selling well too! 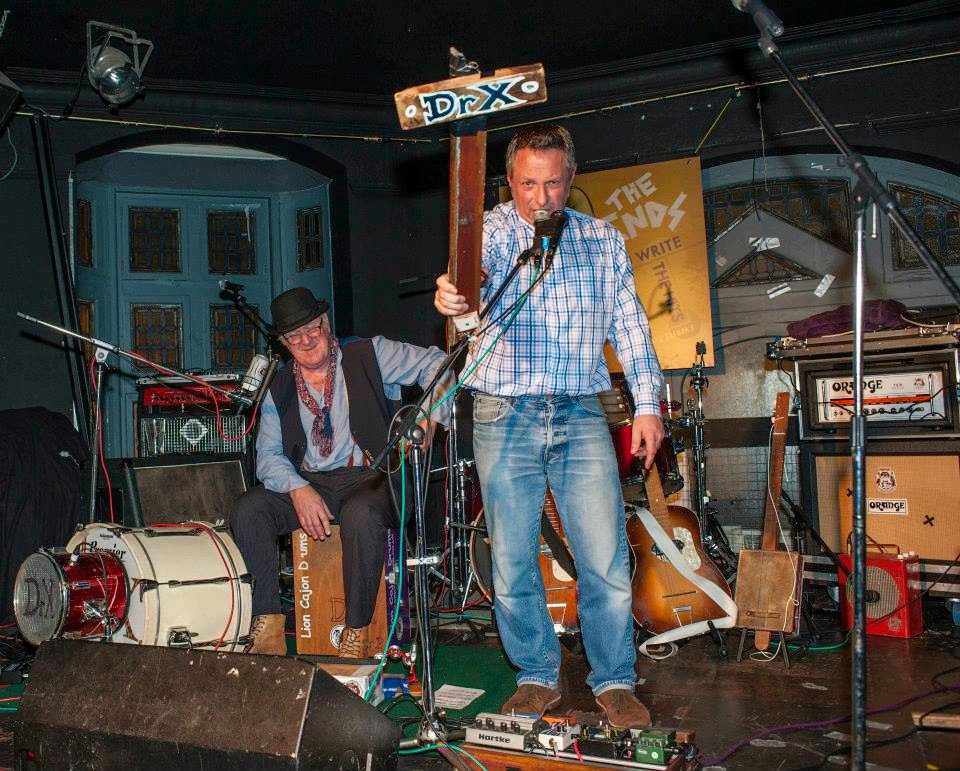 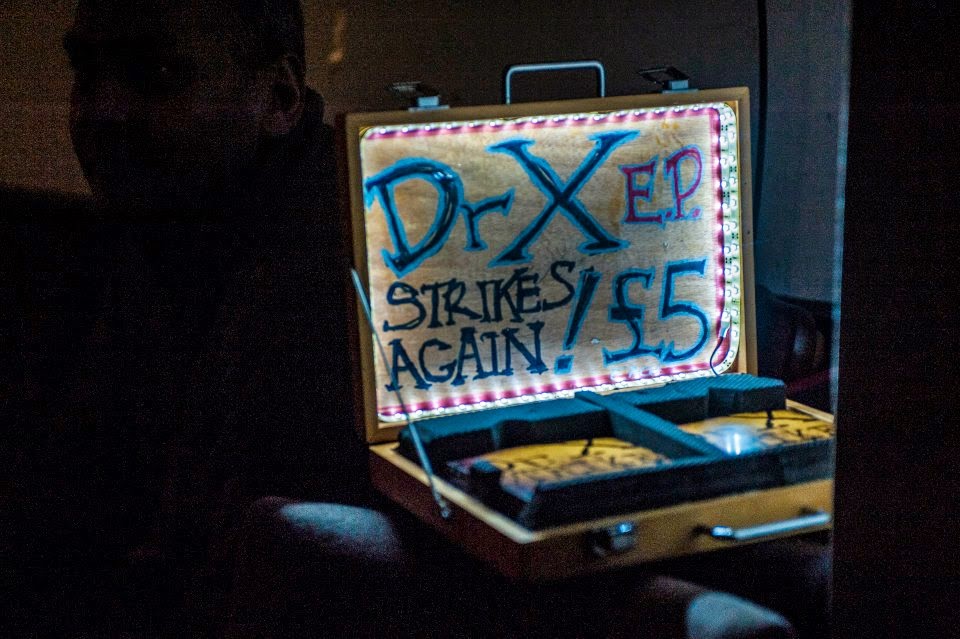 And The Ends? They are like an incendiary bomb going off! A sonic boom of unrelenting energy . Power-pop punk tunes, super-chargedstage presence, and an electric bunch of musicians.

And behold our first moshpit - so lively that even lead Mike dived in! .Southend rocks..

Hurrah, hats aloft and here's to the next five years

Five Years, Three Bands, One shebang of a night 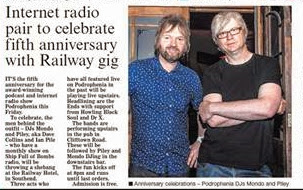 I've chewed enough internet ears about tonight's Podrophonic extravaganza - so will leave the always excellent Echo to load you up with the low-down.. See above from their Wednesday 'Scene' feature

All you need to know - dates, deets etc are here and here.

See you on the other side

For a selection of our Echo back issues - zip yourself hereabouts

One week from today, we celebrate five years of Podrophenia with three live bands..... 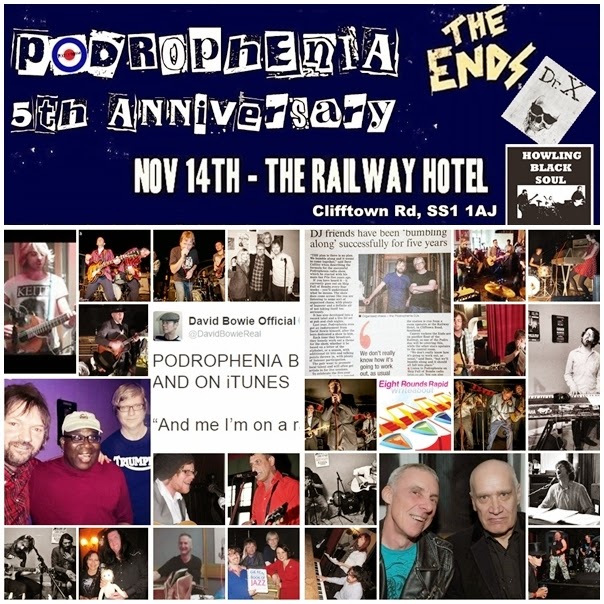 Pod-quiz: can you name all the acts and artists above who've appeared or played at live nights and radio sessions?

Cats, kittens, rock and rollers - in one week's time a triple-whammy bill lands at Southend's most Rock 'n' Roll local to celebrate  FIVE years of one of Britain’s longest running podcasts  (yes, we really have been doing our ol' podcasting, radio-ing, DJing and live night-ing what-nots for a FIVE years !).

The event takes places at Southend’s Railway Hotel - where, upstairs, there’ll be live music with three (yes, THREE!!) quality acts, all of whom have been heard on Podrophenia.

And we open with the explosive HOWLING BLACK SOUL

If you’ve ever listened in, downloaded or contributed to anything Podrophonic - come along, raise a glass, shake a leg and bring a pal. Kick off’s at 8pm and we run ‘ til last orders. Salut!
Posted by Mondo at 8:20 AM 0 comments

Podrophenia Horror:The Queen of the Taxidermy scene's Box of Delights and The Ends new single 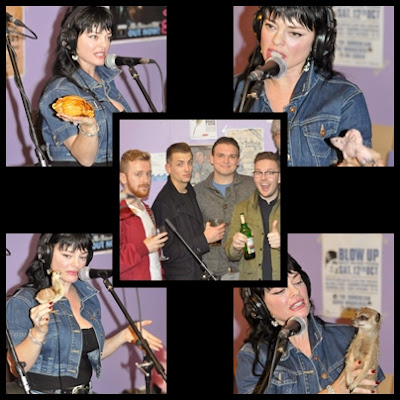 What a gallery of goodies Essex legend Tequila Jayne brought in with her for our Horror Podrophenia: pea-chicks, a rat with an ear its back, freeze dried brains. All you need to know about taxidermy and rouge taxidermy is contained within the latest Podrophenia.

And behold as we reveal Essex most haunted, why ghosts are rubbish and other assorted spooky doings

All this and your first listen to The Ends vinyl debut out on Podrophenia Records next year...

Stream below, download here - or load up via iTunes