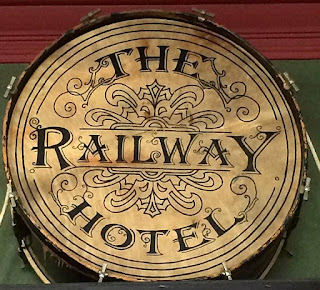 Pretty much around the same time I started this blog - The Railway in Southend opened it's doors with new owner installed Dave Dulake . It's a three storey, ex hotel - that's since gone on to become one of the most celebrated boozers in southern England - if not the entire country.. 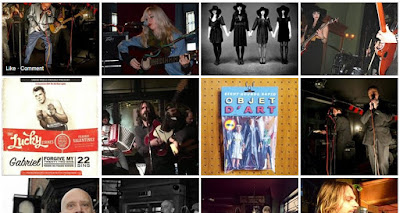 Film crews, TV broadcasters and Sunday supplement scribblers all have made their way Southend Central-wards to capture the music and magic of the venue. And Wilko Johnson is such a regular - his boat-race has ended up on the Pub's banner.

Podrophenia has been broadcasting from The Railway for four years, putting on live nights their for five, While I've been  quacking on about it since this...

So for the latest Podrophenia Piley and self celebrate 10 years of Southend's most musical and vegan foodie boozer - The Railway. There's a beautiful acoustic set from Dave Woodcock (with news on his second Blow Up album). Fi Dulake is in for a chat about the history of and future plans for the pub..

Plus  a pop quiz: what is the live Wilko tune played and which artiste gets on the playlist twice in TWO diff turns

Or via Itunes
Posted by Mondo at 7:11 PM 0 comments