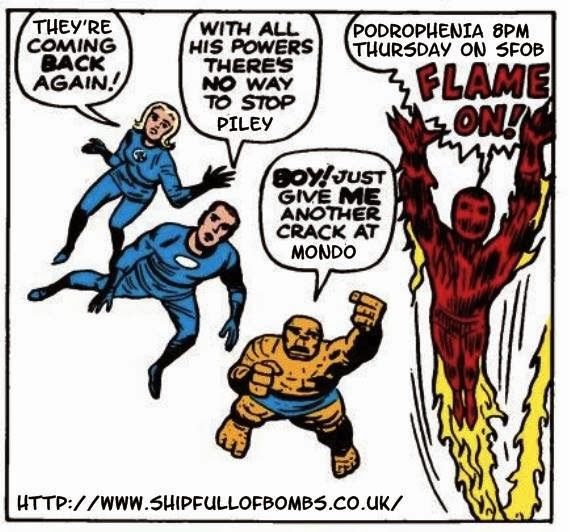 BIF! Boys, girls, what-nots and rockers.. tonight, Piley and I return to Shipful of Bombs for the January instalment of our 12 part Podrophenia partwork, where, we're joined by Kate Johnston of the Girl's Guide II blog for a round-up of fave new tunes...

BAM! It's all a'popping from 8 Southend Central time. Tune in at Shipful of Bombs, or chip in at Chatwing

I can't tell you what's on the Piley playlist. But from my six pack expect: The Strypes, Primal Scream, a Norman Watt-Roy/Wilko team up and the Vitamin Beard powered Kadavar..


POW! Should you fancy catching one one half of the Podrophenia duo double-decking, swing by The Railway tomorrow night where the Oil City powered outfit Bif Bam Pow will be booming around the room with a two-set stint of Estuary fed blues and R 'n' B belters...

I'll be pinging in soul, funk, Motown, Norther, hammond classics, boogaloo, Ye Ye and anything else grabbable from my beaten and battered old record box until bunging out time.. 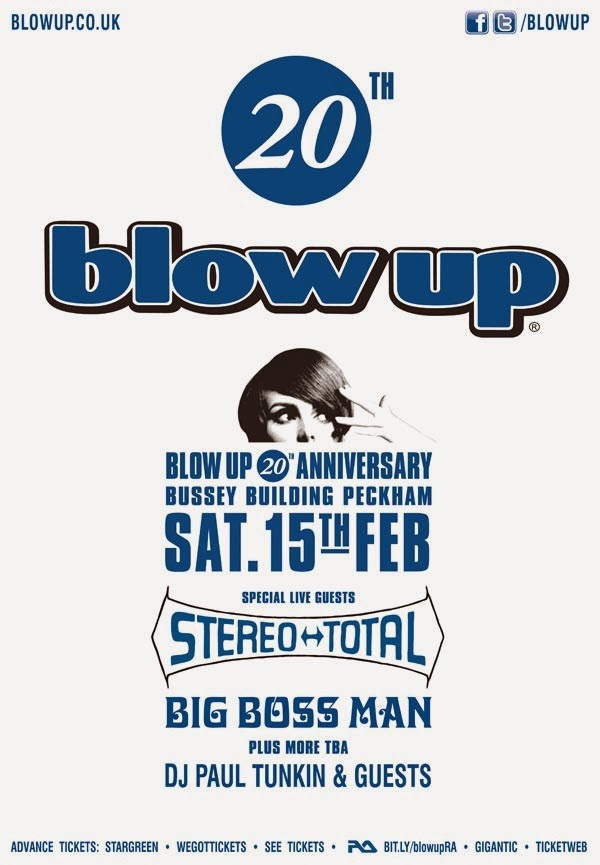 In October 1993 Southender, Paul Tunkin hosted his first Blow Up night at The Laurel Tree, Camden. An event, that after two decades of hard graft and consistently hi-quality output has developed into a globally known identity - with Blow Up events in Japan. Europe and the US - becoming the coolest indie label in Britain, and the source of chicest vintage beats and hippest new musical finds.

Paul cut his clubbing teeth locally with a DJ residency at the Pink Toothbrush alongside running a series of self-promoted nights at shifting scenes and locations (The Monkey House, The Wasp Factory and The Periphery) eventually moving and settling into the London scene with Blow Up, debuting at the Laurel Tree, Camden. A move that in a moment of musical synchronicity caught the upswing of the Britpop explosion. Blow Up later relocated to the Wag Club in Wardour Street and became the clubhouse and HQ for all ace faces of the indigenous music scene -Blur, Pulp, and Oasis.

Fast forward. to February 2013 and Blow Up celebrates its twentieth anniversary as a record label, with the Southend circle (or roundel) becoming complete as  man-about-the-Southend-music scene David Woodcock has become Blow Up's latest signing, sitting alongside established acts such as Big Boss Man, The Bongolian and the Yoko-endorsed Baltic Fleet.

A prolific songwriter and performer, with a pacy workrate of new material and gigs, Woodcock is possibly the hardest working man is showbiz since James Brown. Dave's self-penned songbook is both instantly accessible and equally broad-ranging enough to entertain salty British Legion boozers or Brick Lane's swishy-set. .

Within a week of his debut single Same Things being released last summer, hipster site Brandish described the song as ‘a distillation of everything that is great about quirky English pop music’ while it’s also been receiving plays on XFM, Radio London and spins on BBC 6Music. A strong start for a first single - Dave’s take..

The second single Beggars Can't Be Choosers/Tease - has been getting some hefty nods from Steve Lamacq.

For a listen to both sides of the new single,  the low-down on twenty years of Blow Up the club and label, a run through on some rarities, new releases - and a chat with Blow Up's Big Boss Man, Paul Tunkin tune into the latest Podrophenia 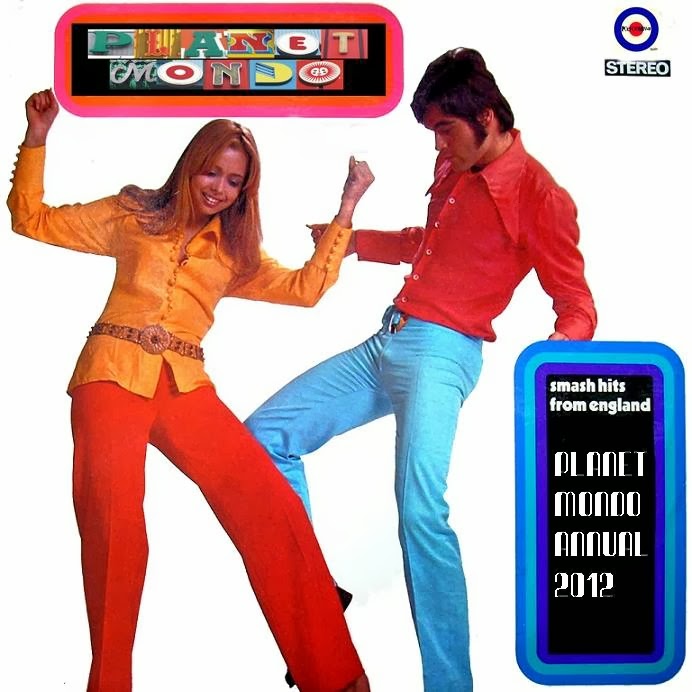 Let's put the keys in the ignition - ZZ Top style, rev the engine, pump that pedal and head out on the wild and unknown highway of 2014 with a soundtrack on the stereo that's blazing and blasting a best of - errm, well 2012 *cue the furious squealing of brakes and burning rubber*

Scan the list below, then fill your booties, ipos and ears at the bottom. Salut! 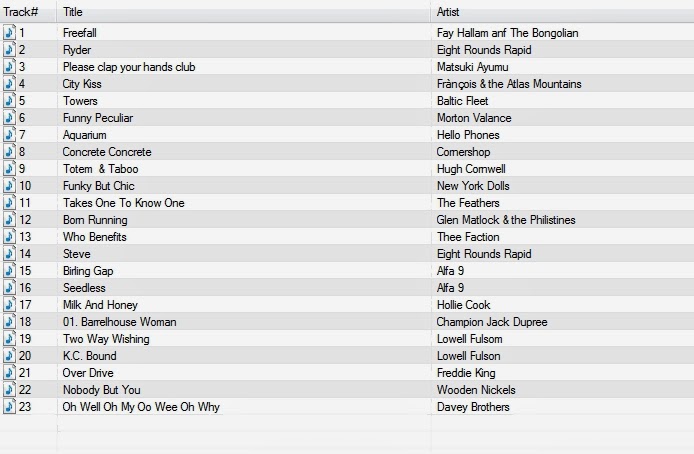