Another Kind of Blues 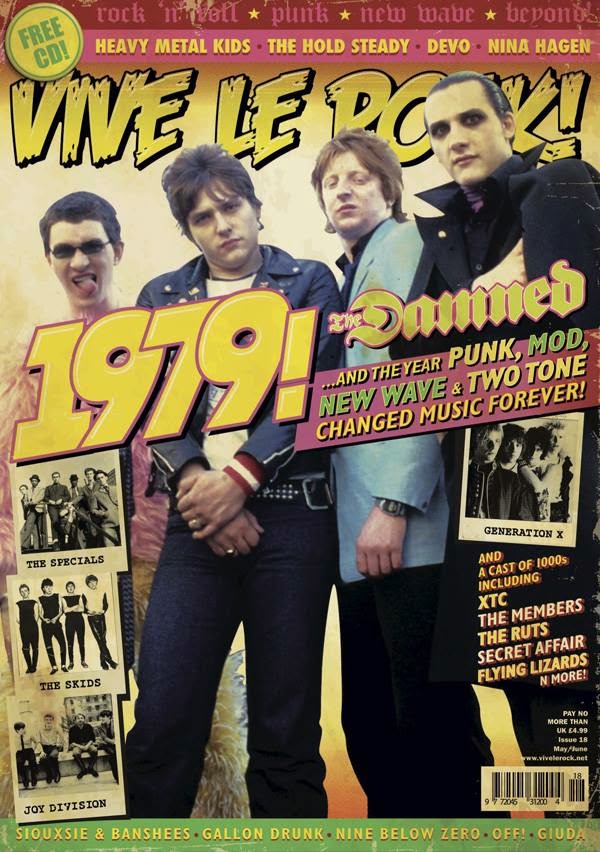 Your recommended reading for the month of May: two issues from both the blue and dayglo ends of the musical spectrum…

Vive Le Rock: fizzing and frothing with the best in punk, new wave and ska – has a spectacular multi-pager on 1979 and the development of power-pop, post punk, two tone and new wave. Dig about the back pages and you’ll find me reviewing two Nine Below Zero albums, two from Mickey Jupp - and scoring the Dr Who/Roger-Wilko album with a perfect ten… 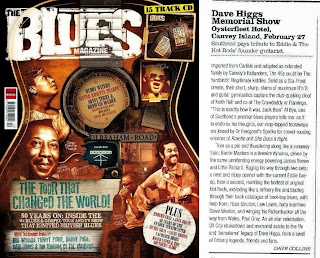 
A second (and different) review had been filed with VLR - but didn't seem to make the final edit - but nothing goes to waste round these parts - so relive the night, above and below

Across the tracks and Benfleet Creek to the sub-sea level flatland of Canvey Island with its skyline of industrial angles and refinery flames to celebrate and remember Eddie and the Hot Rods guitar whizz-kid Dave Higgs – check out the Rod’s romper-stomper ‘Ignore Them’ to hear Dave’s full throttle fretting. It’s an all-star evening at the legendary Oysterfleet with attendees flying in from New York and Newcastle to pay tribute. First up and firing like a snipers rifle – Canvey’s adopted sons The 45s in an explosion of vintage riffs and sulphate tempo R ‘n’ B with the amp-battering clang and dynamics of the Small Faces or John’s Children, and endorsed with the Feelgoods seal of approval, when bassist Sparko joins the band for Roxette and She Does it Right.

The Hot Rods set is double A side affair. The current line-up thundering through heads-down Bam-a-Lama, with an unrelentingly energetic Barrie Masters coming across like a denim-clad David Johansen, But the second set is where the action goes postal –with most of the original Hot Rodders joined by special guests Tony Cranney, Russ Strutter, Lew Lewis, Steve Weston and Paul Gray, gathering together for crowd-rousing encores of Woolly Bully and Get Out of Denver

Both mags are available from all in the know newsagents
Posted by Mondo at 9:33 AM 0 comments 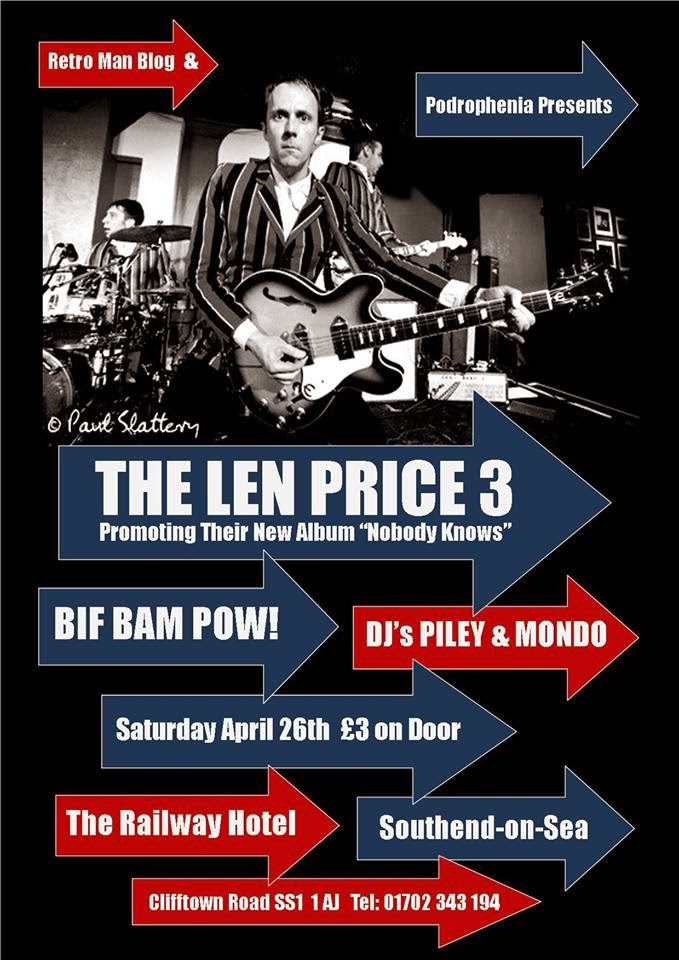 Buckle up and behold seasiders and out-of-towners as the Retro Man Blog and Podrophenia have gathered together to bring you a three course menu of Thames-bred treats for your consumption this Saturday at Southend's most musical boozer - The Railway Hotel....

Starters: all the way from Memphis Canvey - Oil City rockers Bif Bam Pow, bring you the best in R 'n' B, boogaloo and estuary fed belters

Mains: imported from the Kent-side of the Thames Delta, Medway mods and power-poppers the Len Price 3, will be booming around the room with tunes from their minty new compendium Nobody Knows..

Desert (or cheese board): An aftershow in the bar with Podrophenia pals Piley and the other one, pinging in shakers and stompers until Chucking out-O-Clock...

It all starts at 8:30 Southend Central Time. But, best arrive early though - as we've got gig-goers (Miss Liz) coming all the way from Memphis Holland for this one...

Salut and see you there... 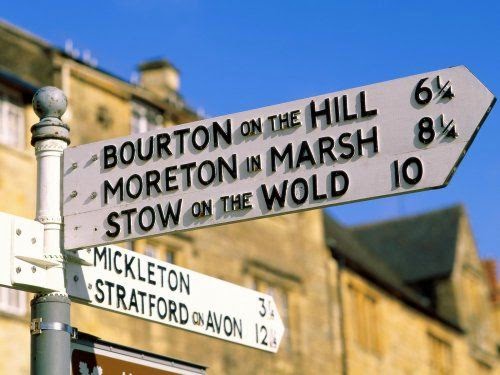 It's that time of year to follow the migration patterns of gnarly hippies and frazzled rockers through the ages  - and go green and escape to the country..

After a last minute spin to cobbled and cosy Medieval Rye last summer, we're itching for a revisit to sunny Stow on the Wold. Our 12th visit, has been booked, and we'll be rolling around the wolds for a while. Albums packed in the holiday hamper include newbies from  Sharon Jones, the Len Price 3 and Beck

But before we pack up and ping off - I'll be spinning in a few tunes at The Railway tonight, around Oil City Rollers - Bif Bam Pow booming out their Thames Delta R 'n B and Estuary boogie...

Expect this freshly pressed retro-groover from the House of Blow Up to make an appearance during the wing-ding..


While I'm away - I'll re-plant a spring mix from backawhiles..