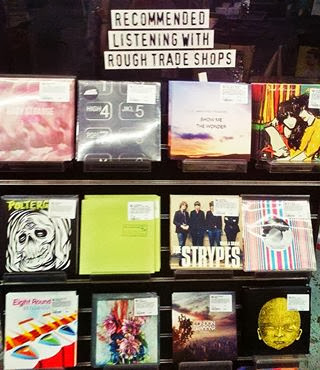 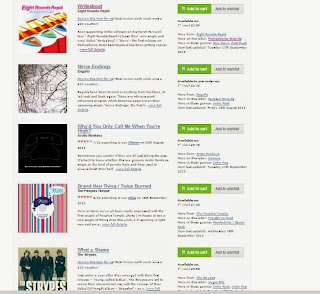 But don't just take the rubber stamped Rough Trade/Podrophenia seal of approval as indicator of what a slam-handed wall of sound of the single is. The collected web whispers and reviews are glowing,  and gathered together below - a recommended reading list of the Eight Rounders reviews.....

Eyeplug Magazine 'Not for years has complaint rock sounded this mean, this exciting, brimming over with anger. An absolutely perfect storm'

Sputnik Music 'The infectious energy is absorbing on every level'

Gigslutz - 'Fantastically unique – an exciting cacophony of sound that should not pass you by'.

Eyeplug Magazine (so good they reviewed it twice) 'venomous slice of back to basics rock n roll, coupled with socially observant lyrics'

Ralph's Life 'coming at you full on with post-punk ferocity, just plain nasty!'

RW/FF review and Track of the Day: 'A tune that I genuinely can't get enough of, and a must-listen for indie and punk people'

Should you fancy a blast of Writeabout. tune into this weeks Punky! Radio - or download here


Friday night is music night: live tonight in Londinium - Eight Rounds Rapid at the Spice of Life, Soho
Posted by Mondo at 9:49 AM 1 comments 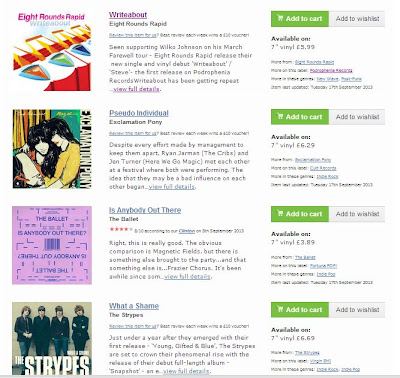 It's been just over a month since Eight Rounds Rapid Writeabout was launched, and the reviews and radio play for our first Podrophenia release keep on a'coming

And we're back on the list (Top Five again) this week, with 8RR outpacing The Strypes and the Arctic Monkeys (see above)

Repeat plays on local, national and international stations have had a radio cherry on the top with Steve Lamacq calling the single 'the angry, edgy sound of Essex...'

Should you fancy grabbing a copy before they're gone (remember it is a limited edition - and becoming more limited week by week).  Writeabout is available to order online, or via a visit at these notable emporiums...

Pouch of Douglas - Westcliff (below) 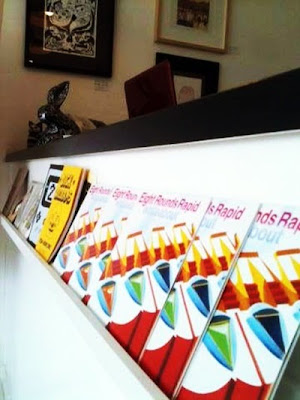 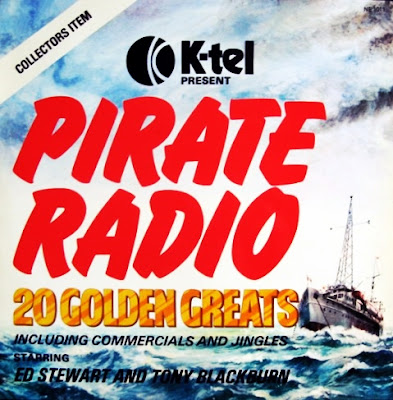 What was the tracklist for this outboard obscurity - all here

Just over a week ago Pouchy Paul, Kate Johnston and myself parked up at SFOB for the September edition of Radio Podrophenia..

Between these twelve tracks we had ourselves a run out on Fracking songs, 'made-up' nautical slang and bands you get confused.

Should you fancy the Listen Again experience fill your waders below..

The Mutants are Coming: an MC5th, a Feelgood, a Blockhead, an Ant and a Rat - all on the same historic session 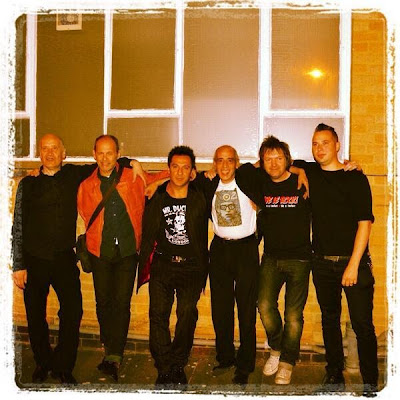 It's that photobomber again - 2nd from right

While I'm still in recovery from the broken shoulder - how about catching up on what's been sizzling away over the summer months - and backtracking to the evening of 27th June, when all of punk, pub and garage rock's historical planets came into alignment.for a due soon album The Rhythm and Punk Revue

At the nucleus of this cross-generational get-together was the re-teaming of Wayne Kramer and Wilko Johnson - a pairing reunited for the first time since sharing a bill together at The London Rock n Roll Show 1972. Where the Feelood's were backing Heinz - and a gig Wilko has repeatedly gone record as saying changed  his life. In fact, dig into the vid below for the King of Canvey in full flight - telling the tale himself.

Be warned - contains tales of mild peril and explosive effing and jeffing from the get-go...

This glittering gathering has come together under the banner of The Mutants working up new tunes written by Chris Constaninou and Paul Subsource and recorded with a roll-call of new wave, ska and punk legends. Dig about the latest issue of Vive Le Rock and in between a bulgiing edition covering the birth of New York Punk, Ian McCulloch interviewed - you'll find Chris giving the back story to these Mutant moments 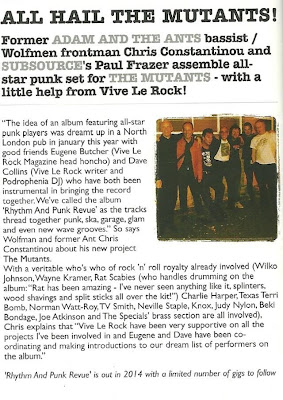 Dig around the back pages and you'll find me reviewing Norman Watt-Roy's first solo album Faith and Grace - as well as Wilko's homecoming gig at Southend's Village Green festival... 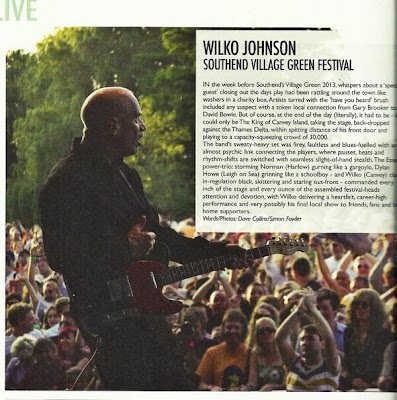 Not him again - in the orange! 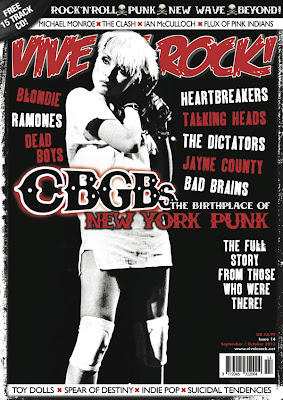 Here is the shipping forecast: Podrophenia drops anchor at Shipful of Bombs tonight.. 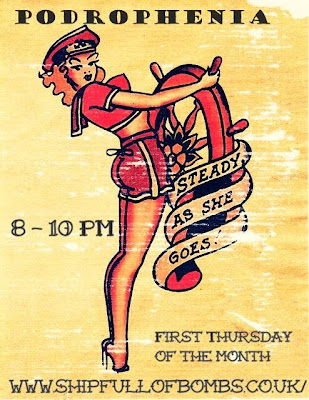 From September onwards - your Podrophonic pals, Piley and the other one, will be moored up Southend's newest radio station and the lighthouse for all local and grockle talent.. Shipful of Bombs. Or SFOB to use its full title.

Our theme tonight - ships, sailing and bombs (it had to be). So pipe yourself aboard from 8 foir a haul of tunes, chat and natter

Questions we may be asking: which bands do you mix up/get confused about.
Me?  It's Todd Rundgren/Nils Lofgren, Jim Jones Revue/Jon Spencer Blues Explosion, Jackson Browne/James Taylor - almost any band beginning with a K
Can posh people do The Rock - who is the poshest pop personality? And give us your pirate, bomb and sailing related songs or band names...