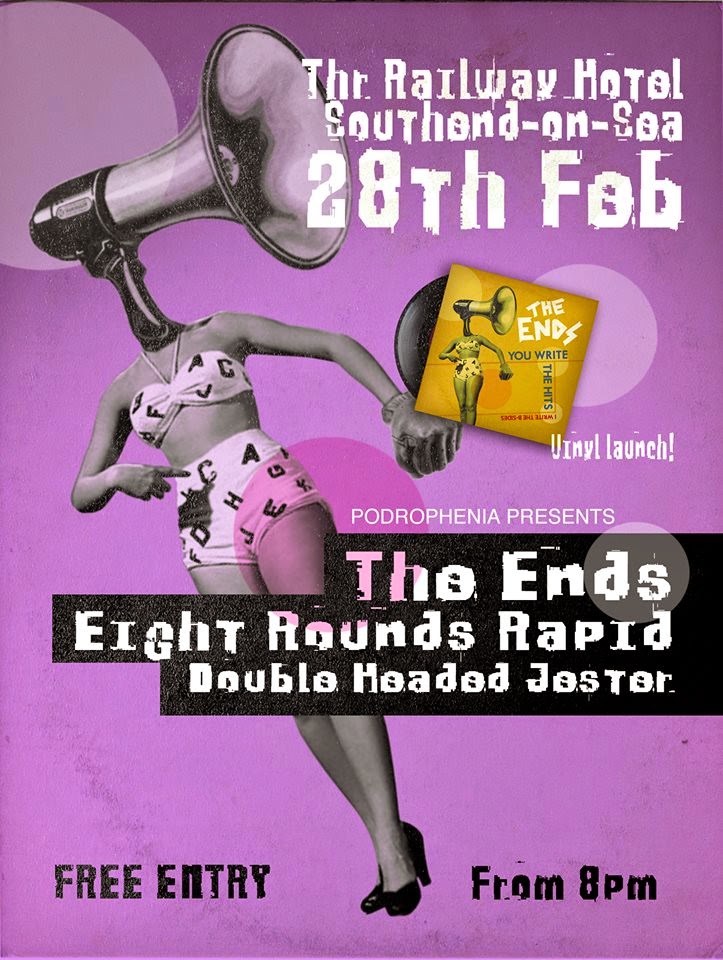 Southenders and out of towners - the irreversible countdown has begun. For in four weeks time Podophenia brings you a triple whammy wing-ding of Southend's most combustible bands.

The freshly pressed vinyl of You Write the Hits (I Write the B Sides) will be available on the night along with some other collectibles and fancies.

Our last get together with The Ends ended up (scuse pun) with our first Podrophonic mosh-pit, so who knows what could happen with this triple fisted bill

Look-in: New video and sleeve art revealed for The Ends - You Write The Hits (I Write The B-Sides). On Podrophenia Records 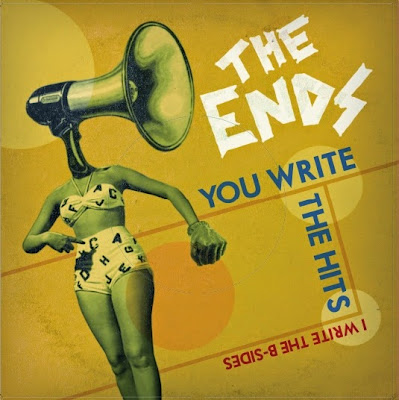 Buckle up and behold pals: as we bring you, blasting their way out of Canvey's sea-walls- The Ends. As featured in session here on Podrophenia last year.

A live session in fact, that sowed the seed for the idea of our second release on the Podrophenia record label.

When can we get our sticky mitts on a copy they chorused. Febuary 28th...with a live night in Southend, Natch!

Dixieland, that's where he was born, early Lord one frosty morning 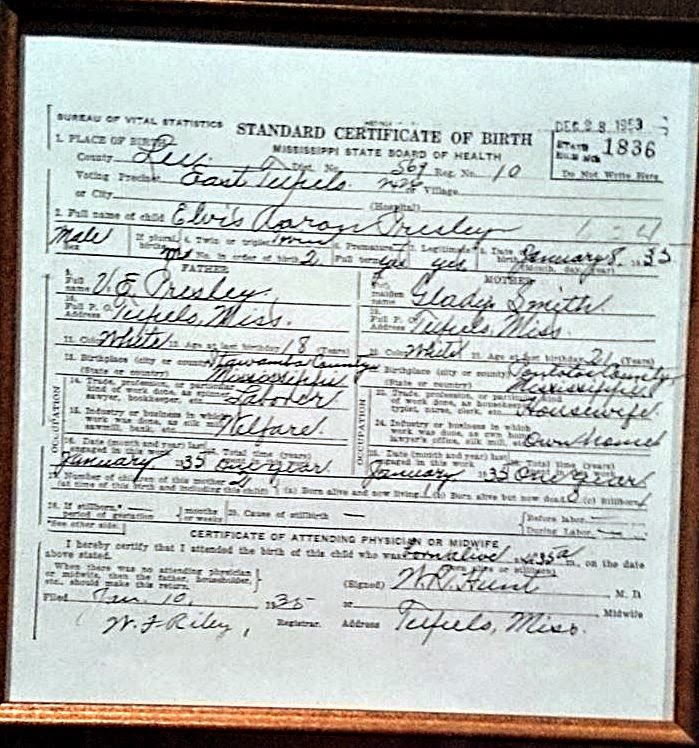 Elvis' death was my JFK assassination moment. I remember precisely where I was when the news was first whispered around the room - at my paternal Aunt Shirley's, well her ladies hairdressing salon in Salisbury (the glamour!). It was like being caught in a morbid tornado hearing this omnipresent superstar had faded, flat-lined and was now, gone forever.

Although I was too young catch the sonic boom of his Rock 'n' Roll years - the aftershock of Elvisness was still resonating in my era - the seventies. His films were repeated in the schedules during the summer holidays, record shops and department stores had endless variations of compilation albums (Separate Ways was a standard) in the racks (including budget tribute LPs - 'insert name here' sings Elvis). Regular radio play for hits from the fifties to the seventies, while Live via Satellite gave a white-suited Elvis the aura of a rock 'n' roll astronaut.

But more than this, his influence was at the core of popular culture: from ginger quiffed, crepe-booted Teddy Boys to prime-time impressionists - whether comic (Freddy Starr) or musical (Alvin Stardust, Cliff, Les Gray) and any number of white suited popsters The Osmonds, showaddywaddy, The Rubettes. At the more respectable end of R.O.C.K  Bryan Ferry and Bowie both lent heavily on Elvis' legacy...

An indicator of Presley-power is: long before I had any real awareness of The Beatles, Stones or in fact who any of Rock's heavy-hitters were - Elvis seemed - to me anyway - like an untouchable international idol with a seemingly god-like presence and super-hero stature, revered across the world - while other rock and rollers had come, copied, gone or been forgotten. For perspective, thumb through David E. Stanley's The Elvis Encyclopedia and you'll find Clapton and Led Zeppelin desperate to get an audience with Elvis..

Should you (and you really should, as it's his 80th birthday this year) fancy coming as close as possible to The King, book yourself a trip to Elvis at the 02. It houses the largest collection of Elvis' items ever to appear in the UK, all imported from Graceland and overseen by Priscilla Presley. 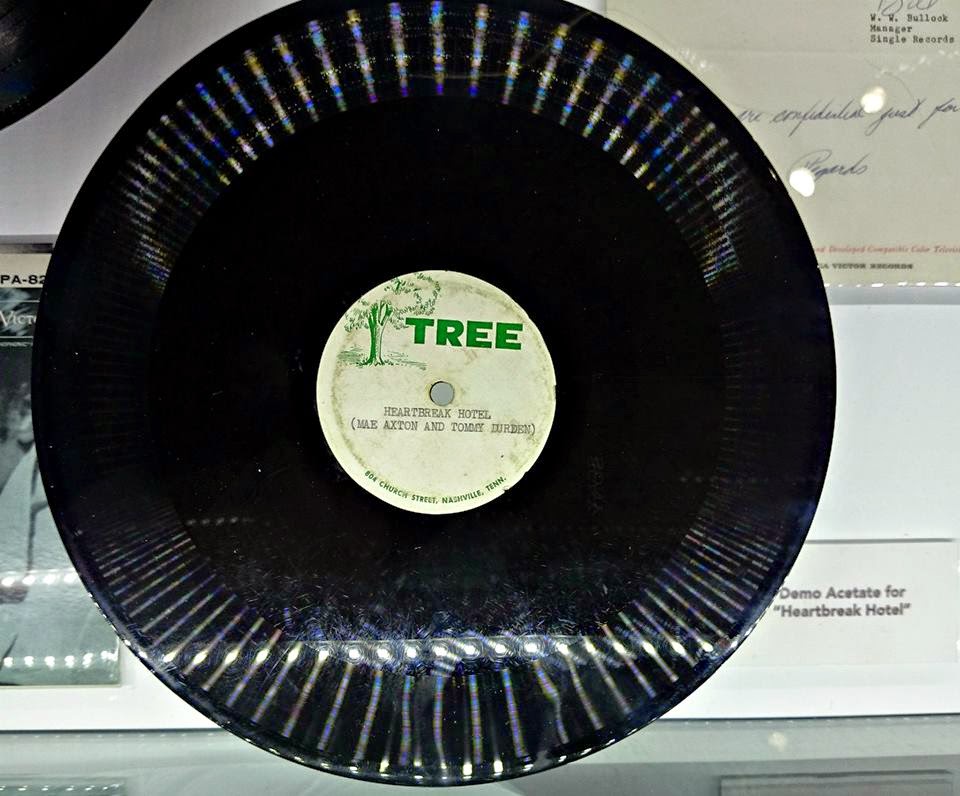 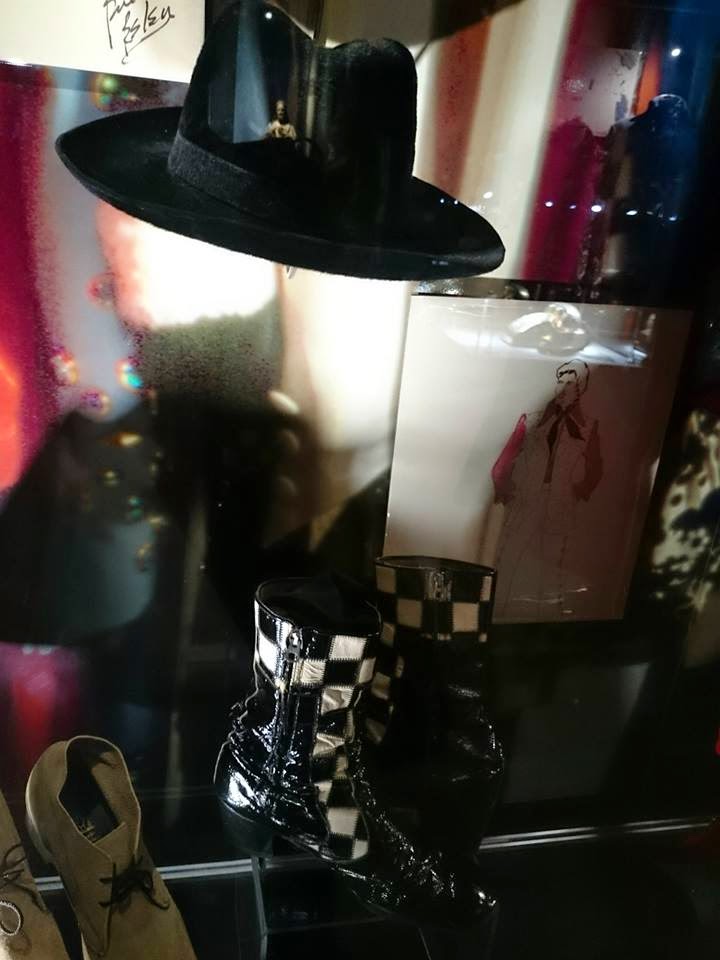 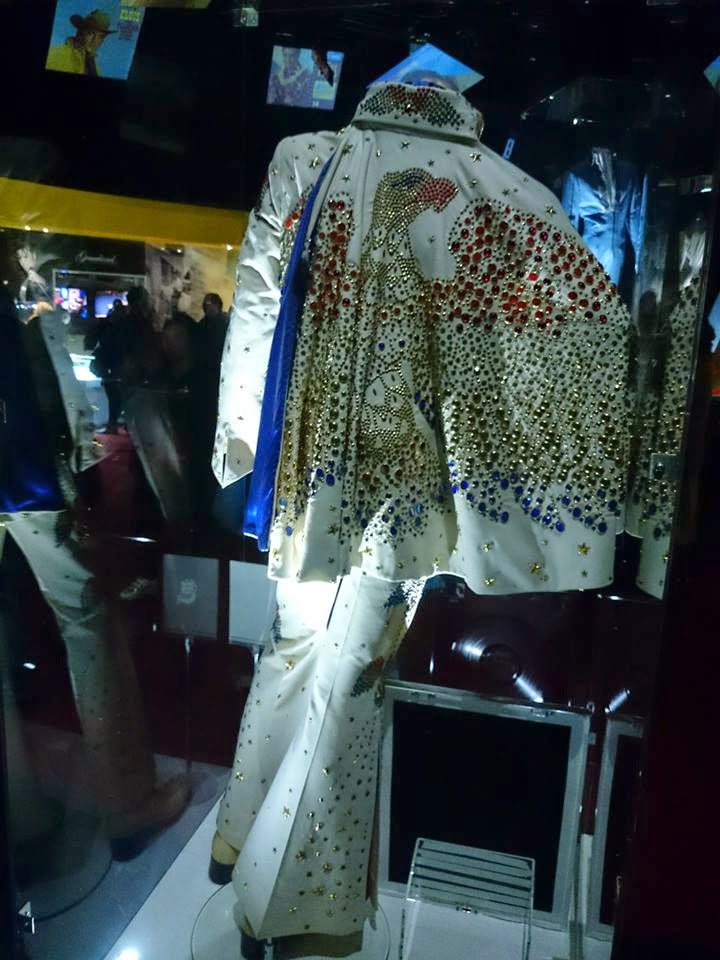 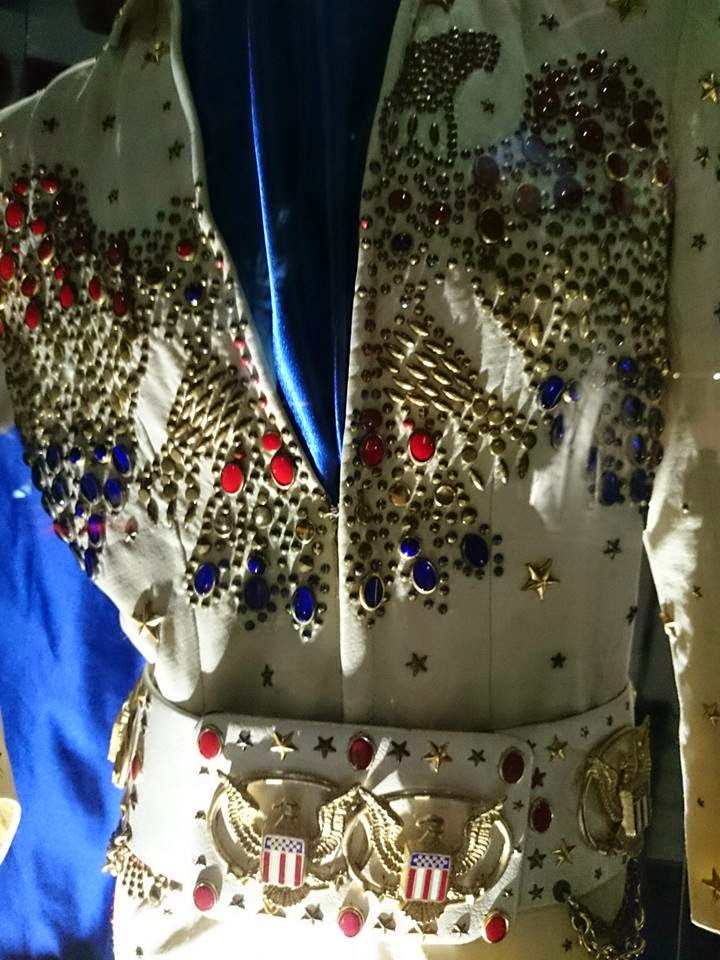 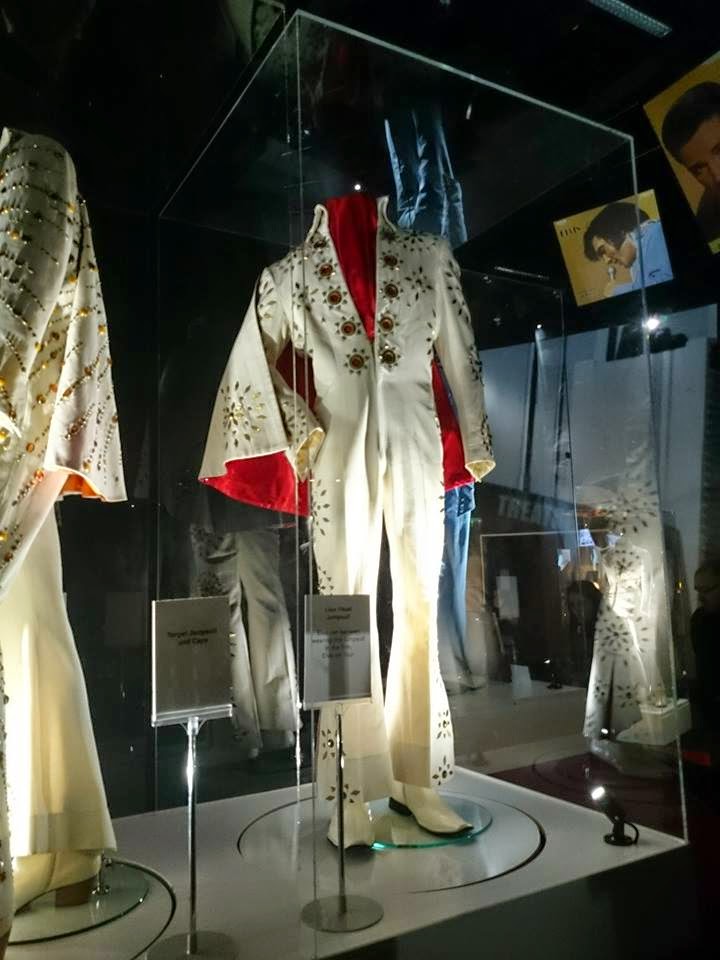 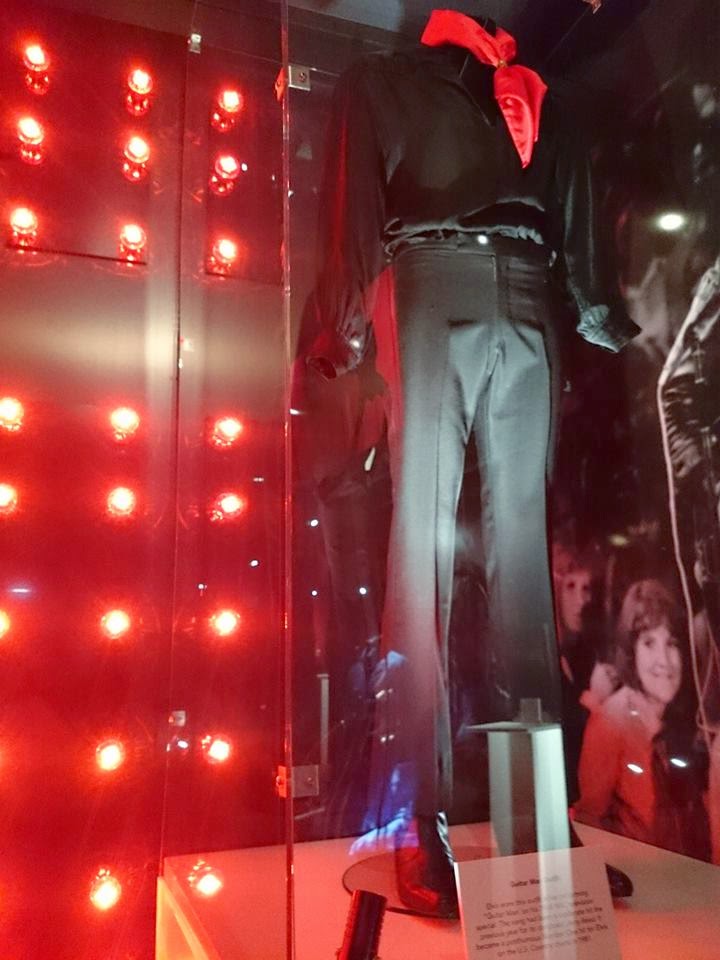 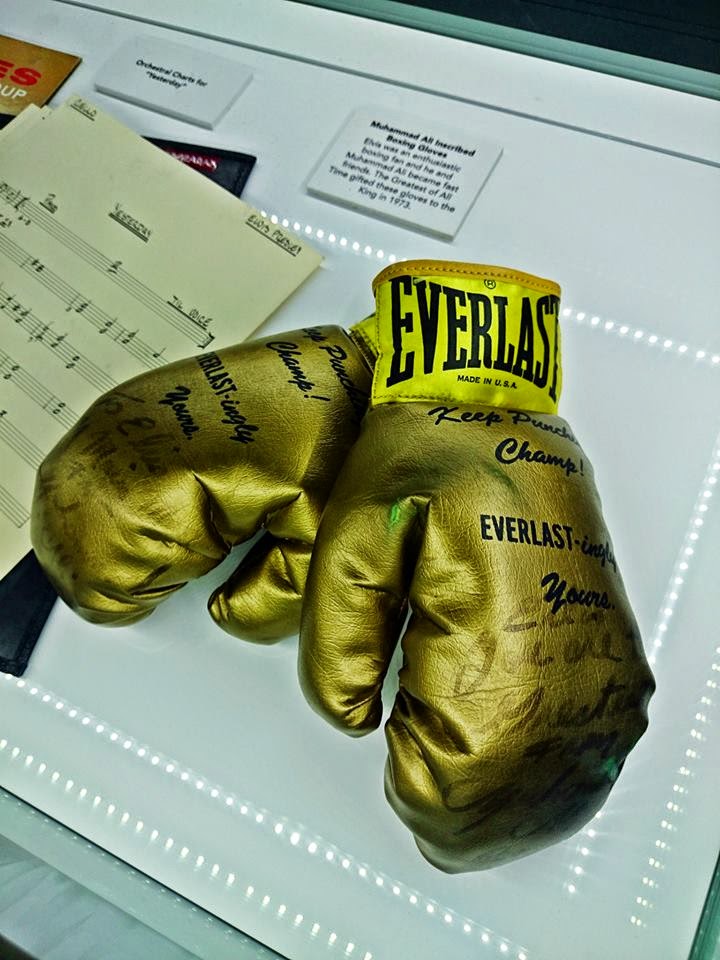 A gift from Ali 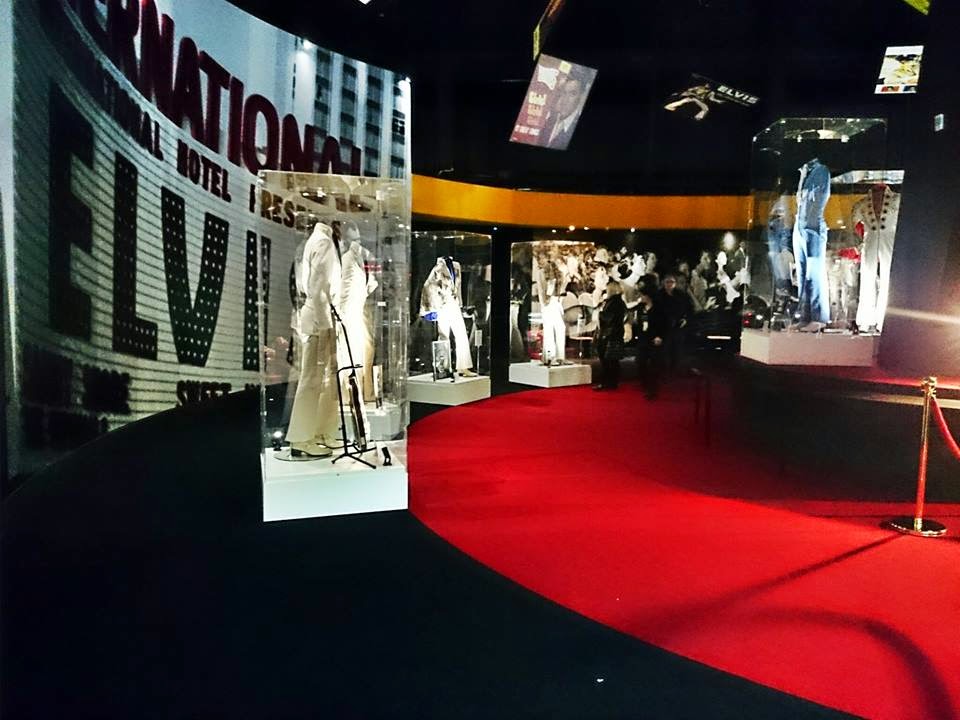 A defining performance is, of course the 68 Special - where you could lucky dip any clip for pure-brewed musical-boom. Although this medley, with Elvis in full flight, revisiting his Rock 'n' Roll back catalogue with a renewed and unrelenting energy is explosive.

But for the essence of Elvis - this outtake is the key to his magic as I wrote a few years back..

' While the offstage boffins were making technical tweaks and possibly 'checking levels' between takes, Elvis asks for his guitar, kicks off the riff for 'Baby What You Want Me To Do' the orchestra jump in, start jamming and the audience go wild'

An annual tradition where local paper the Essex Echo asked locally-sourced bods and whatnots for reviews, rear views and a reading of the musical tea-leaves for 2015. Have a squizz and scan above and you'll find my findings and future doings for '14 and '15.

And what's that at the bottom of question 3 - a new single on Podrophenia Records! Watch this space, and Happy New Year playmates..... 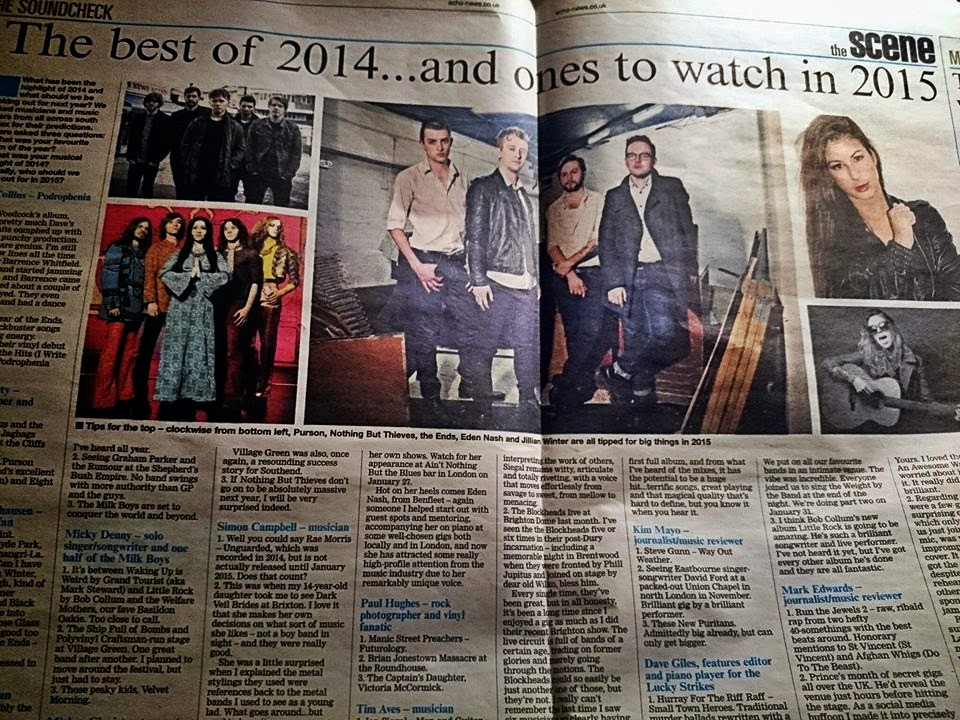