Looking Back at Wilko... 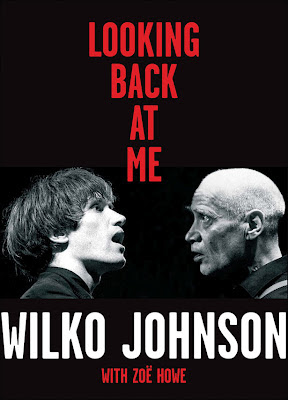 Take a stroll to the bottom of this post and you'll see the cover of the latest issue (# 8) of Vive Le Rock, an edition frothing over with interviews: Richard Hawley, Kevin Rowland, Steve Jones, Wayne Hussey - also album, book and gig reviews.

Take a thumb through the reviews section of VLR and you'll find me holding up score cards for the New York Dolls, Suzi Quatro, Dirtbox Disco and Zoe Howe's Wilko Johnson biography - written in collaboration with Wilko himself.

Understandably with such a packed programme, editorial tweaks and changes were  necessary to keep to the word count. So, here's my submitted review of Looking Back At Me - and the published version. A tip of the titfer is due to all at VLR HQ for trimming it down, and, keeping the essence intact.

You'll also notice a couple of questions pitched at his Royal Wilko-ness, click on the VLR cover pic to get the rest of our chat and natter...

It's no overstatement to say I've probably ploughed through too many rock biographies in my time. Although only a handful are so supremely sculpted that they will stay with me forever. Looking Back At Me is one for this hand-picked library. Much more than the sum of it's parts - and larger than a life story, this is John Wilkinson walking and talking you through an oral and pictorial history (school reports, rare paintings/photo's memorabilia) of all that is Wilko: academia, anarchy, art, rock 'n' roll and carrying forward the tradition of journeymen blues musicians handing down their tales of troubles and travels.

If you've been lucky enough to have met Wilko ( I have, several times as we drink at the same pub) you'll know what you see onstage is exactly what you get offstage, an explosion of arm flailing, bug eyed-expressionism, intellectual theorising and raconteurism. Wilko isn't someone who knows stillness in anyway. There is no off button.

Zoe Howe's sensitive positioning of all the multi-faceted pieces that make up her study, perfectly renders Wilko's unrelenting restless energy and constant forward motion - she's pulled off the impossible trick of bottling Wilko's (smokestack) lightening. There's blood on the scratchplate, Canvey mud under his nails and the Thames Delta blues runs through him like a stick of Southend rock. Looking Back at Me is a stunning reinvention of the rock memoir format - a combination of compendium and confessional - creating a new standard which all future music biographies should measured against. 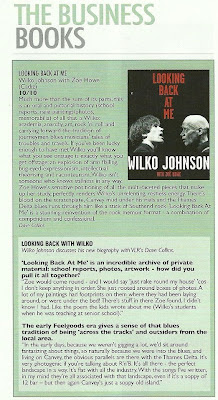 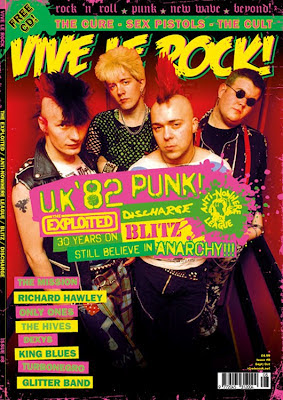 As mentioned at the top the page, the New York Dolls blitzing new album Live From The Bowery is lent a critical ear in VLR - taste test one tune from it here....

The revolution will not be televised. But it will be publicised 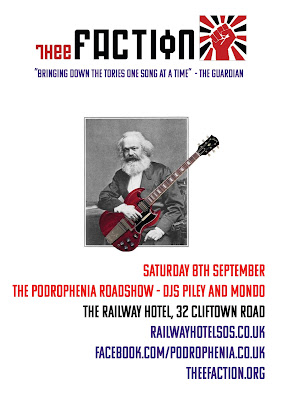 Backing the USSR 'n' B

Fighting in a War of Position way that is - and in keeping with the spirit of legendary Essex revolutionary Wat Tyler - Piley and I are grinning like loons to toot 'n' hoot, long-haul Podrophonic favourites Thee Faction are coming to The Railway Hotel for their first Southend appearance on September 8th.

"bringing down the Tories one song at a time” The Guardian

“Timely. I love these mad bastards” Simon Price, The Independent on Sunday

“Twinning Dr Feelgood and eastern-bloc rockin’ beats … to rabble-rouse your mind and Agit-prop your pop” Vive Le Rock (alright, this one's me actually)

“What a cracking record” Kerrang!


Piley and I will be rolling out our third Podrophenia Roadshow, slotting in stompers, soulers, groovers and rock-a-doodle-doers across the evening and around the bands - as also on the bill are Southend's rockingest revolutionaries Eight Rounds Rapid


And behold - an exclusive. A sneak preview of the unreleased lead off track 'Soapbox' from the upcoming Faction album

Salut - and let's rally round and gather together on September 8th at The Railway Hotel for a night of revolution, rhythm and record spinning. 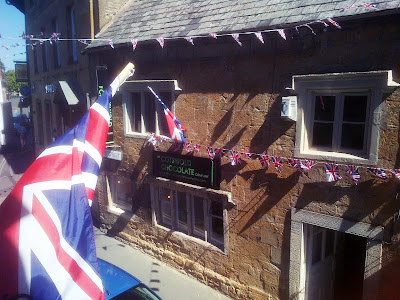 So where have I been for the last couple o' weeks then? Rolling around the Cotswolds and marching around The Marches mostly.

Parked up in Stow-on-the-Wold for the first week - (our 11th visit since 2003) and red-ringing a list of trips and visits that gathered together: the Wychwood Brewery, Gloucester Cathedral, Sudeley Castle, a ramble-around the footpaths passing Quarwood - a country bundle that was home to John Entwistle until his death in 2002. Evenings were generally spent scanning the Olympics - (the women's shotput turned out to be our new fave spectator sport - mostly because of those blood-bubbling yells) or a soothing wander to our favourite Stow local the Queen's Head - and one of finest pints you'll ever taste, Donnington's BB. 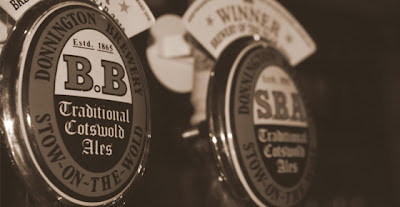 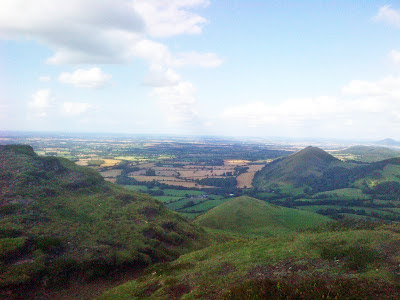 When the light was good - what appeared to be a mirage in the distance, turned out to be Birmingham - ho hum!

Then away to Church Stretton for a few days hoofing up, up and away around the Shropshire Hills: Hazler, Three Fingers Rock and  Caradoc. Squeezing in an Ironbridge run and a one day dip into Wales (Newtown and it's W H Smith museum. Knighton and the Offa's Dyke centre).. 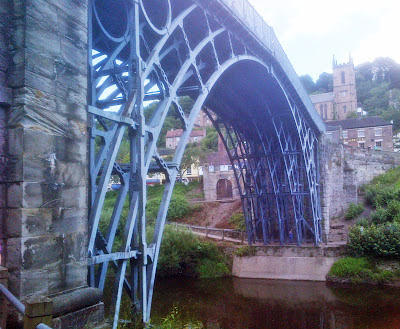 Finally, topping off the break with a couple of days at home, cycling to see the Olympic Mountain Bike circuit fitted around my old stomping ground of Hadleigh Castle. And to wrap up - on Sunday, a run to the Leigh Fishing Festival and a chance to step a leg onto one of Leigh's Dunkirk little ships - The Endeavour..

Of all the albums repeat played on our outings - Fay Hallam and The Bongolian, The Pierces - it was the Duckworth Lewis Method that turned out to be the songbook lodging itself in our noggins. Particularly...

Fay Hallam and The Bongolian - expect a review due soon..

On your marks, get set, go... for an Olympic sized edition of Podrophenia 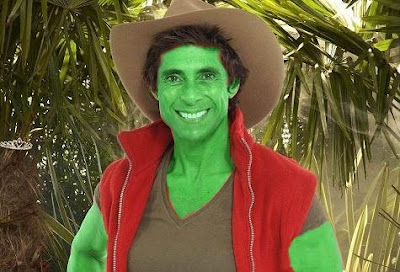 Recorded live from Southend, just down the road a'piece from the Olympic mountain biking venue (waddya mean - there aren't any mountains in Essex), our Greco/Roman games inspired podcast comes loaded with events such as: worst sporting incidents you've seen (discover what face-planting is), medal winning burps and sporting look-a-likes.

Piley and I, along with some new and regular Podrophenia contributors also have a a run out on picture disc values - and we've a drop in from Fi Jacobs for a Railway Round Up.

All this and 12 tracks of Olympian tunes including Little Richard, the Beastie Boys, Big Boss Man and Morten Valence