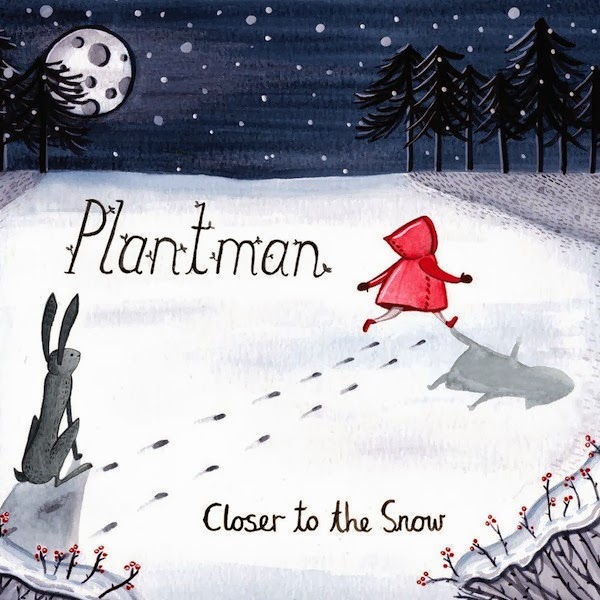 We'll be playing a bagful of winter mixtures - indie, funk, local music, new tunes and old faves.. And asking  what would you include in a hardback Podrophenia annual..

Southend's newest groovers , Glass Brides will be on tonight's playlist - you can check out the full haul of their deeply, darkly, delicious nu trip-hop hereabouts or buy the Nature of the Beats EP for a very reasonably priced outlay here I think we may be dedicating tonight's edition to the memory of Lewis Collins - another legend lost RIP
Posted by Mondo at 11:47 AM 2 comments 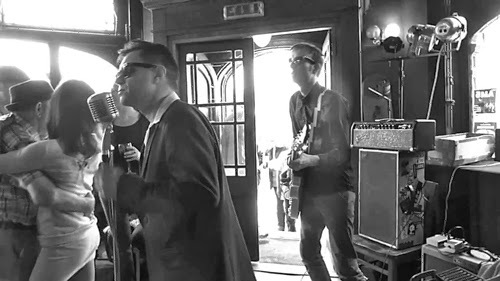 Steve West Weston, recently voted one of the UK's top harmonic players by Bluesmatter mag, and the handpicked harpist of Muddy Waters son (see below on Jools) brings his Bluesonics to Southend for rare hometown gig this Sunday.

It will be a red-ringed wing-ding of a Sunday with a whole lotta shaking going on at The Railway Hotel. I'll be taking care of DJ duties, spinning in swingers and stompers from before the first note (about 4:30) - to the last bell... 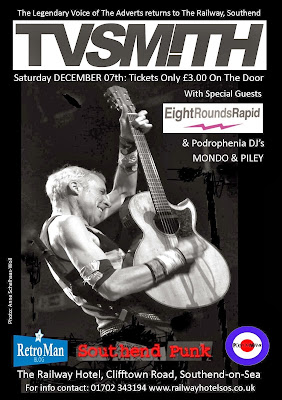 The spiritual home of punk'... they chorused. How so?

Ian Dury: Essex boy and day tripper to Sunny Sarfend, where, he caught his polio dose, giving him a buckled bearing later aped on stage by Johnny Rotten. Following the High Roads era, Dury and The Blockheads signed to Stiff Records - see below.

Dr Feelgood: described by Joe Strummer as 'a machine' - The Feelgoods parenting of punk can't be over-estimated: snatching pub rock back from an infestation of denim-clad, pseudo Americana musos, then charging it with an amphetamine, booze fuelled, grubby-suited aggression, Anglicised angle and confrontational face-front stare... With a run of ram raiding residencies at key London venues delivering battering Estuary rhythms. Venues that would become the birthing pools of punk.

Clem Burke has gone on record saying the Feelgoods album Malpractice was a perma-play and source of sonic inspiration at New York loft parties among the gathering gutterati of the NY scene - Blondie, Talking Heads, Television.


Then there's the matter of a £400 loan from Lee Brilleaux used to setup Stiff Records - who, released the first punk single New Rose, and punk album Damned, Damned, Damned from - The Damned..

Eddie and The Hot Rods: a younger snarlier Feelgoods and Stiff label-mates to The Damned. Southender Paul Gray eventually left the Hot Rods to join The Damned. And has just recently reunited with Captain Sensible for The Sensible Gray Cells

TV Smith a Romford boy, whose Adverts One Chord Wonders single was released on Stiff (leading back to the Brilleaux loan) ..

So where does this windy theory wind it's way to - well, TV Smith is back for his third Southend visit on the 7th December. Support comes from Eight Rounds Rapid (with a Feelgood offspring hiding in the line up).. An evening of baton-handing from first generation punk to the nu-New Wave of 8RR

And there's an aftershow shindig from Piley and myself..

It's brought you by the Retro Man Blog, Southend Punk and Podrophenia - and takes place at The Railway Hotel - Wilko Johnson's favourite local, and the venue of choice for spiky tops on tour,. John Cooper Clarke, Glen Matlock and Clem Burke,

We had stage diving at the first TV gig, a stage invasion at the second - and as TV said, how are we gonna top it next time - let's found out on the 7th....

Podrophenia: R is for Rock, Roll and radio 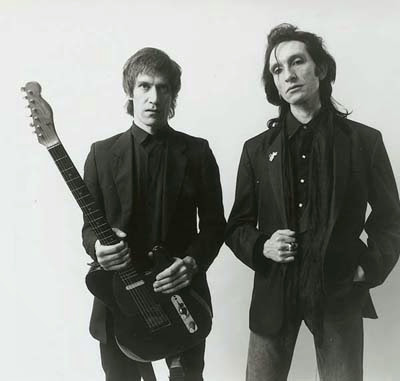 Be-bop-a-lula-a-lop-bam-boom - it's the R edition of Radio Podrophenia,with live music from Steve Hooker and the Stripped Down Stomping Band recorded at the Ship Full of Bombs HQ

Six in the studio tunes from Southend's rockingest 'n' rollingest legend, who's veins pulse with crochets and quavers rather than corpuscles. Due to Piley being down with a lurg' we're also joined by Marmite Boy for hosting and music-choosing duties..

Or if you're an Apple Bonker bag a copy via iTunes
Posted by Mondo at 9:24 AM 4 comments 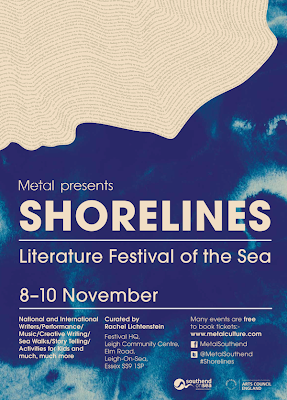 A triple whammy weekender of words and music is scheduled around Leigh and Southend over the next few days.  The Shorelines Festival - curated by Rachel Lichtenstein, sees authors Cathi Unsworth, Robert Macfarlane, Travis Elborough and glittering list of others winging into town for events, readings and talks on their text and publications at a cross-campus of Leigh on Sea locations.

Outside of the various venues, Syd Moore and Ray Morgan will be giving literary themed walks and tours around the area. The full index of events and artists appearing at Shorelines is here

Musically SFOB will be DJing throughout the festival with Piley and myself doing two Podrophenia sessions from 6 - 7 and 8:30 - 9 Saturday evening.

Meanwhile, on Sunday, I'll be back at Southend's most rock 'n' roll local The Railway Hotel for my first Sunday Session since the summer.

The always excellent Martin McNeill and Bottletop Blues band will be onboard for live music and I'll be pitching in a potful of new tunes before and after the band - running on 'til chucking out time.

It all starts from 4:30 ish - come on down and shake a Sunday leg  Couple of tunes that could make an appearance at either event are