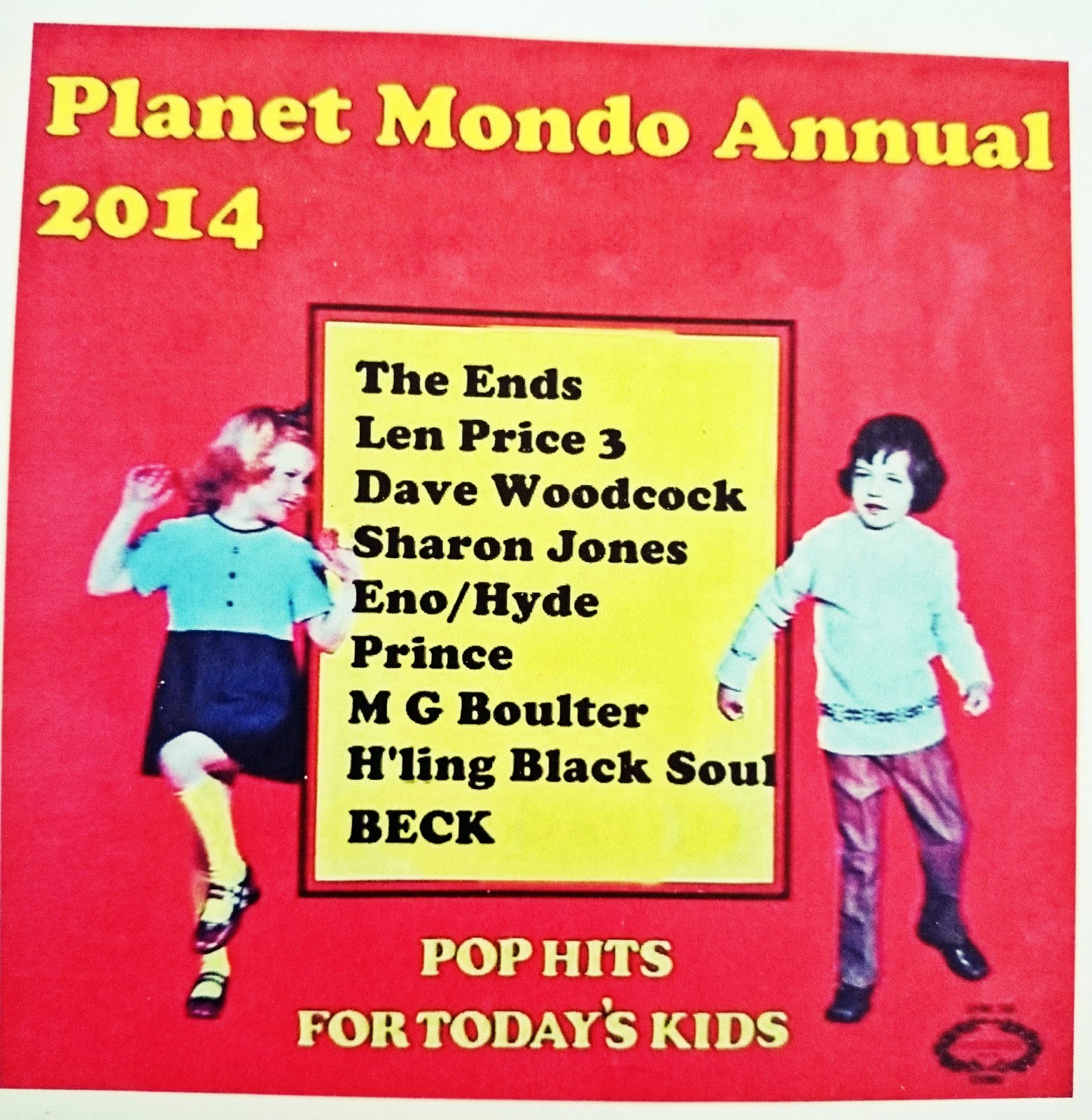 It's the annual Sadlads CD swap tonight, and my contribution -volume Five (we started back in 2010 with this) of the Planet Mondo annual brings you my favourite finds of 2014, threading together new nuggets and vintage discoveries. Although this is possibly the most contemporary-heavy set to date. Soul, funk, electro and power-mod and acoustic tunes are all in the mix. Along with a solid spread of Southenders: Wilko Johnson, Howling Black Soul, M G Boulter, West Weston & Martin McNeill and The Ends 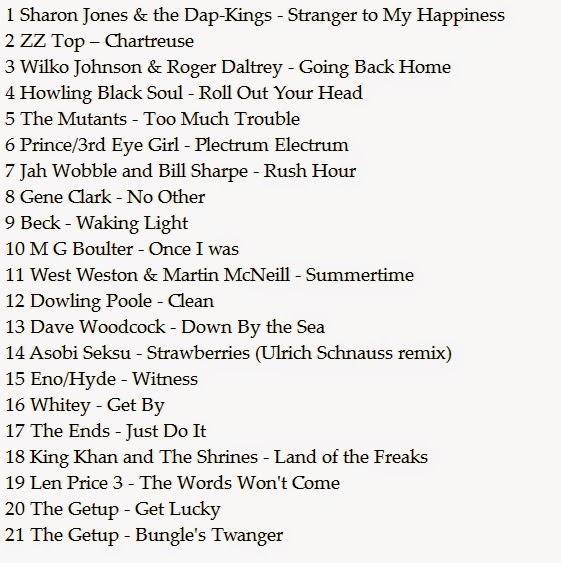 It's yours to grab/stream  below


A couple that I just didn't have space to squeeze in were ... 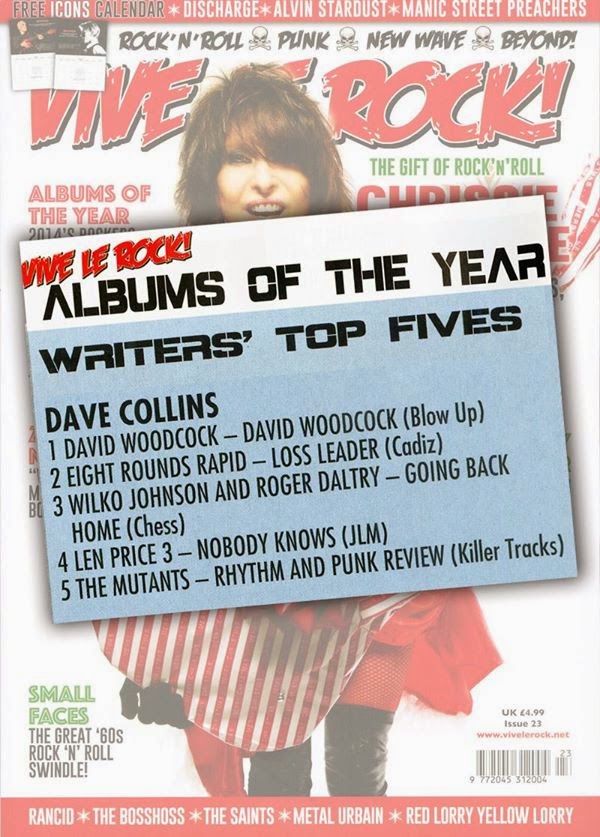 An annual tradtition at Vive Le Rock HQ is the writers' Top Fives of the year. No surprises from me really - as these are names getting mutiple mentions on the blog, podcast and various scribblings and mags for the last four years...

In case you have hadn't had the chance to check out any of the above - dig in below....

So, sitting in the kitchen of a Saturday evening with a few scoops, a few tunes, and thumbing through Facebook updates - I stumble across this picture of a local electrical shop (Sales Appliances, Westcliff) by Sam McDonagh, and, within a blink, share Sam's shot on the Twitter. Which, at the time - seemed to be probably the most flat-line time to repost, with bods either being out and about, or tucked up indoors for cozier doings

I couldn't have been more wrong - a few clicks of the clock later, and notification alerts were pinging in by the second.. comments , responses and retweets. By Sunday and with a run of Celtic flavored names commenting on the picture, noticed the story had been picked up by The Daily Edge in Ireland...

Monday saw usvsth3m feature my pictures (now with added a stable and star) and an interview with the shop owners. Shortly after that - The Poke The Scotsmen were on it,  BBC local  and BBC national 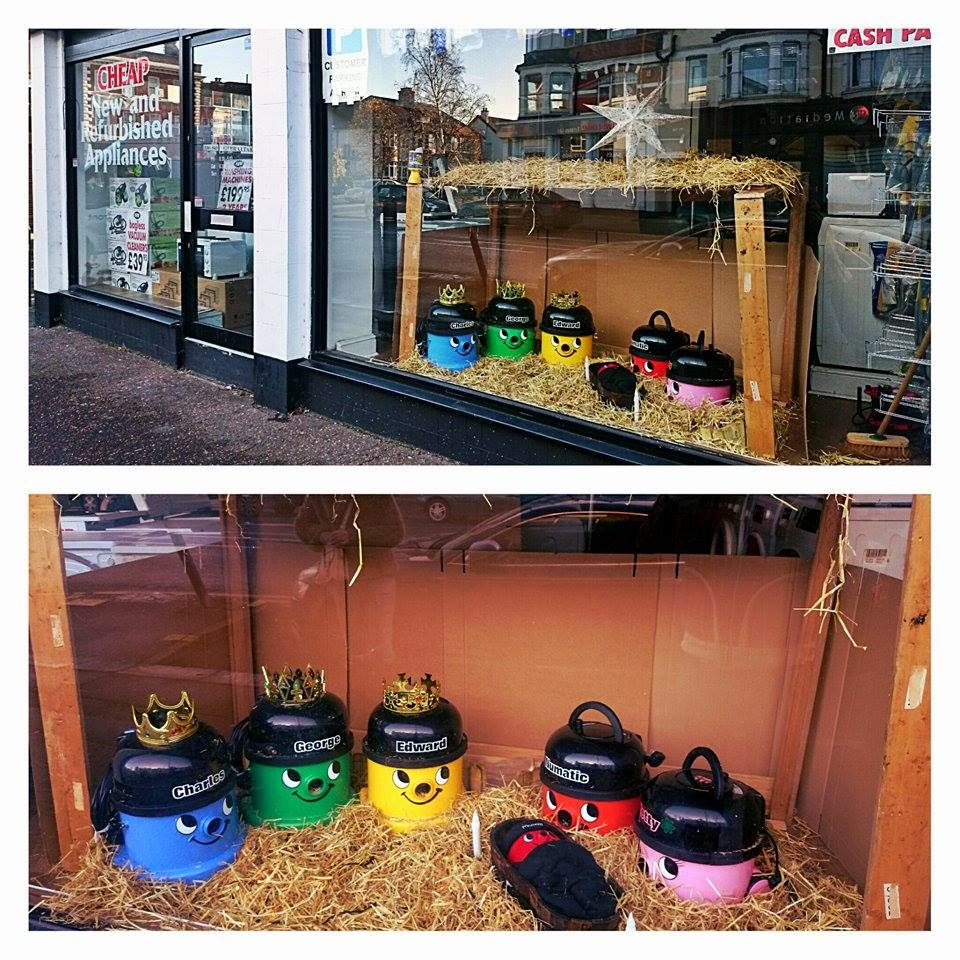 By Monday evening and nearly 3,500 RTs and 300,000 views of Sam's original picture later - London paper The Metro were checking in on our festive chums. And today sees the Essex Chronicle The Huffington Post ,Charlie Brooker, Caitlan Moran  - and The Sun spotlighting the nativity scene  (with self and Mrs M reflected in the window) 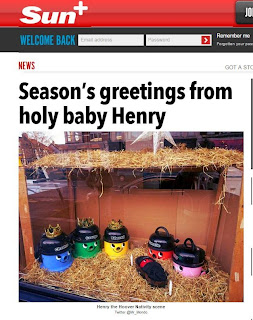 I wouldn't normally endorse anything to do with the shadowy world of  Murky Murdoch - but as the picture supports a local electrical business, was originally shot by Sam from Argosy Toys and most importantly the display is in aid of HARP - Southend's Homeless Charity -  that pretty much seems to sum up the essence of Christmas to me.

As a festive epilogue, why not donate to HARP hereabouts

New testimonials...... from the Daily Mirror (top) and Metro. - shouts on Chris Evans breakfast show, the Express and ITV News and local paper The Echo confirms Henry is viral:official 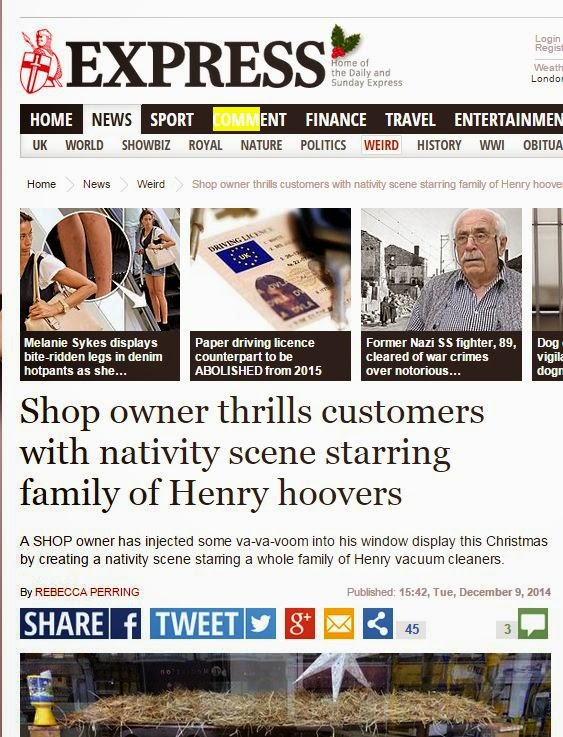 Today's #nationalanthem is about a Henry Hoover Nativity Scene in a shop window. Can you think of a song? The link: http://t.co/gYdZdVUAvH 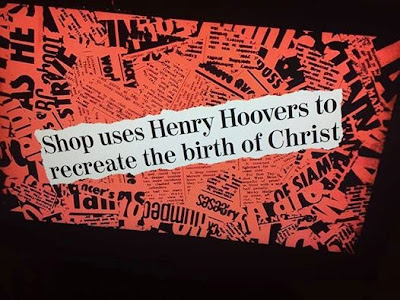 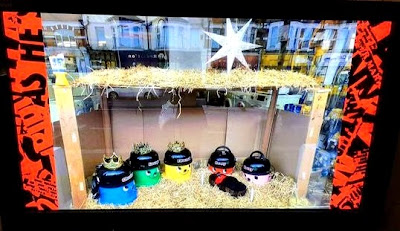 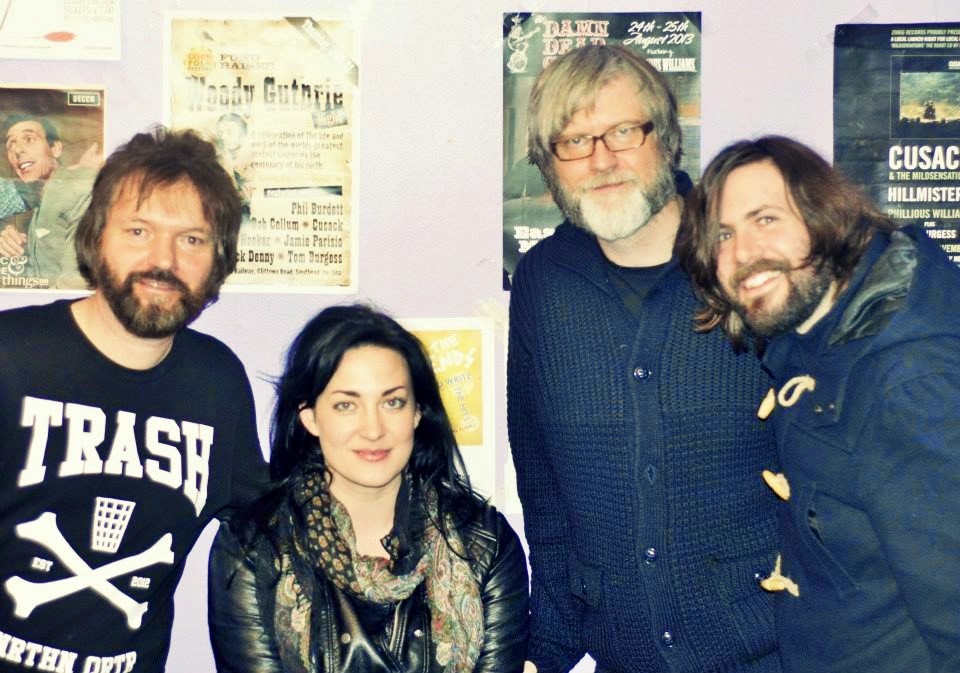 In the folk and acoustic corner: a suite and sweep of five songs from the fantasticus Matt Boulter – three newbies getting exclusively aired for the first time hereabouts. So freshly pressed one track is still untitled…

In the effing and jeffing corner: Sadie Hasler with tales of her TV and festival work, book news and background on her award laden newspaper column. Plus a surreal reveal on Mount Rushmore…

Quotes from this edition include .. ‘

Stream
Or via iTunes..

And behold the Rattus edition cushions from Paisley Power 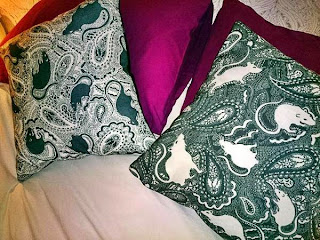