We've Got You Covered 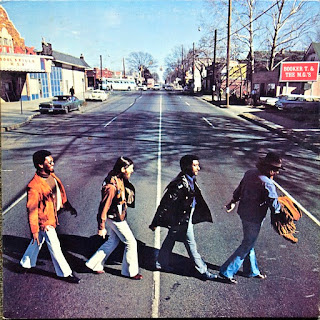 Refits, reworks and retreads are the themes for tonight's Radio Podrophenia - an all suggestions special of cover versions built around a playlist handpicked by the Podrophenia Panel from.... Simon, Drakey, Marmite, Dave Wright and Dog Faced Boy.

Tonight's opener will be a Simon says suggestion

Sandie Shaw - Love Me Do

Mystery Track Alert: I'll be pitching in possibly the most spectacularly unexpected chunk of funk from a mystery artist midway through the evening. On a similar riff - tuck in to a reamped versh of a Northern Soul classic from Cliff


Should you fancy lending an ear to last week's radio run-out, grab the take away edition below

One my best of breed albums for 2011 was Yacht's Shangi-la. A review was readied for the 10th edition of Plectrum-The Cultural Pick, although space restrictions meant it couldn't be included - but, nothing goes to waste... 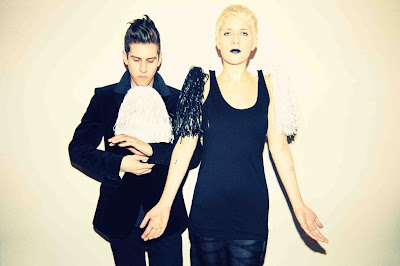 Following up on their debut album, Portland's finest pop-boffins Yacht return with Shangi-la, a collection of triple distilled listening. The new, New Wave of New Wave you could say - where the duo's inspirations and influences are worn like button badges of honour.

Lene lovich, Atomic-era Blondie and Giorgio Moroder are gathered together in the Yacht music library, with the key components being hand-picked and refined down to a distilled spirit. A drop of which is added to Yacht's hot-wired originals. The final blend is a creation of futurist-disco and android-electro - that booms, bleeps and buzzes its way into your internal hi-fi, repeat playing the album's key pieces. Yacht's house sound is Claire L. Evans kittenish vocals deployed as either dream-scrape drifts or street-corner bawling, twinned with skittery electro-funk - sitting somewhere between The Slits and The Tom Tom Club.

Love in the Dark, is Heart of Glass given a ghoulish re-spray in blood and glitter One Step is Gina X's flirtier sister fluttering her false eyelashes. And Paradise Engineering must be an absolute roof-raiser live.

In fact the word is from those in the know (Tronik Youth), who happened to catch them in action at the Hoxton Square Bar last summer - live, Yacht ramp Shangri-la's already pulsing base-build to super-charged new levels of snap, electri-crackle and pop.

Tune In for Charity Shop Classics 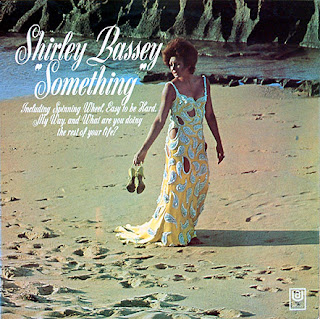 Suggested by David Wright - the theme for this evening's Tuesday night shindig is Charity Shop Classics.  Theme tunes, Studio 2 Stereo albums, Herb Alpert and Hallmark TOTP make-overs are all appearing on the Radio Podrophenia playlist...live from 9. It won't be a complete cheese board, we're also donating Big Beat, Beatles covers and Shirley Bassey belting out the funk.

Along with some natter and banter on best/worst buys, and an eye-spy guide to charity shop stock - books: James Bond, Jaws, Blue Peter annuals. Records: MFP, The World of comps...gadgets: sketch-a-graph'.

If you're an Apple or Android user,  you can now lend a digital ear to Chance Radio via the TuneIn app. And  if you missed it or fancy a re-run of last week's charabanc around the musical song map you can climb aboard below

This is my opener for tonight, following a Bassey related rarity from Piley 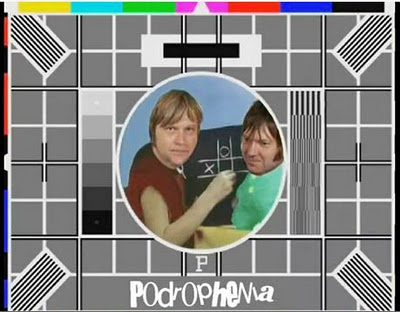 Pull up a seat, ready your remote and focus your peepers as Piley and I unravel the big red ribbon wrapped around our new Youtube channel Podrophenia TV.

Last year Roman Jugg and Darren Jones joined Piley and myself in our Tuesday night bunker for some close mic'd acoustic sessions, which (with thanks to Phil Hubbard) have been recorded, rendered and uploaded to Channel P. So what's on the viewing information..

Roman Jugg gives us an acoustic version of The Damned's obscure single-only release 'Lovely Money' - refitting it as a stripped down Ray Davies unplugged piece- (or is that unjugged). With the Viv Stanshall spoken word section being taken up by Piley and the other one.

But for now turn on, tune in and tell a pal.
Podrophenia TV. 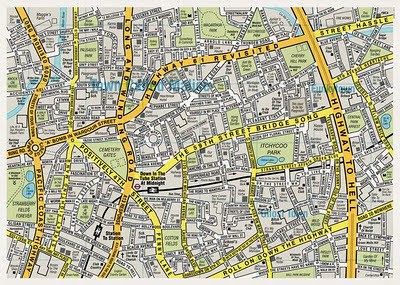 If you missed last week's edition of the Podrophonic Alphabet - H. Feel free to take one and pass it on right here.. or on iTunes if you prefer
Radio Podrophenia - H

If only I could find this kinda shirt for tonight 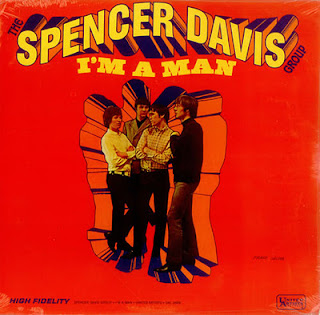 Aye Carumba amigos - how about this for a for two-fisted find - not uno, but dos Spencer Davies ditties given a hot tropical going over by way of this collection of samba stompers and shakers.


I'm a Man - of all the frisky refits, Wynder K Frog's take is the one I'll typically reach for first.

But for a pan-continental combo try these for sizzlers.. 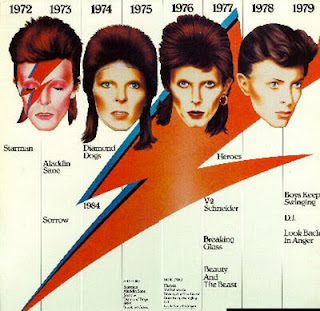 Bowie's barnets - missing the classic T J Newton do though

Happy 65th birthday (belatedly) to ol' blue/brown eyes himself David Bowie - continuing with the riff of H, what a run of great haircuts he's paraded through the ages..

Why H? Because tonight we unwrap chapter 8 of the Podrophonic Alphabet. The hooting-tooting harmonica honking of Wes Weston. Happiness (the Pursuit of) and a funky Monkees cover from Hubert Laws and his Royal Bowieness are amongst a handful of the hits and highlights you can expect to hear live from 9 on tonight's Radio Podrophenia. Where Piley and I are joined in the bunker by King of the Jingles - Phil Hubbard.

Tune your ears and internet to Chance Radio from 9..

A few related rarities for your Bowie browsing

The Freddy Buretti version of Hang On to Yourself


One unreleased Springsteen cover from the Young Americans sessions 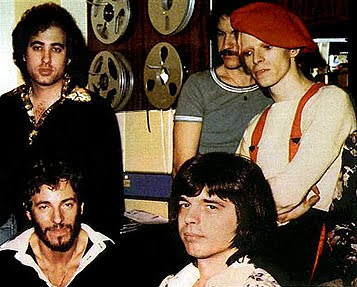 David Bowie - It's Hard to be a Saint in the City

And a Ziggy-era cover by Belfast punks Victim - with Rat Scabies pushing the production buttons..

Victim - Hang On To Yourself 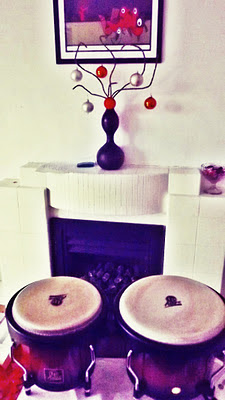 The picture Birds in the Park can be spotted here

Hurrah for Mrs M and her list of infinite invention. I am a fussy bugger to buy for when it comes to Christmas and birthdays - yet on every occasion she comes up with some kind of wonderful.

The lumpy bundle I guessed may have been a crate of booze, was unwrapped and revealed to be - bongos hurrah! (again). And I've been tip-tapping away, lost in the crazy rhythms on an almost daily basis since. A couple of patterns getting cribbed and copied have been from these found videos...

Vid A: Lee Dorsey's voodoo grooves are a snug fit for


Vid B: Habanera beat works a treat for 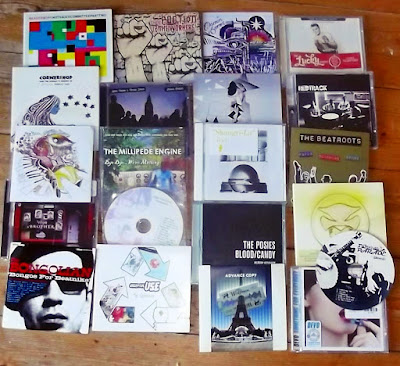 Happy New Year bloggy chums. Putting a musical toe into 2012, the first Radio Podrophenia of the year brings you a round up of the best of 2011. Twelve Hand-picked personal faves from the combined collections of Piley and the other one. So what's on the list? A mix of six tunes culled from the above bundle of thumpers and thunderers, new releases which hit the record racks last year (ish)...

We're live from 9 tonight and spinning our New Year's revolutions...

Tune in to Chance and let us know your hits, highlights and must haves of last year, or perhaps any predictions for this one.