The second single, from our Buskr project is up for download - Numbers and Codes is a home-spun slice of lo-fi, trip pop, night vibes -  getting repeat plays in Canada (Radio Coolio) and Canberra (Liquid Sunshine)... 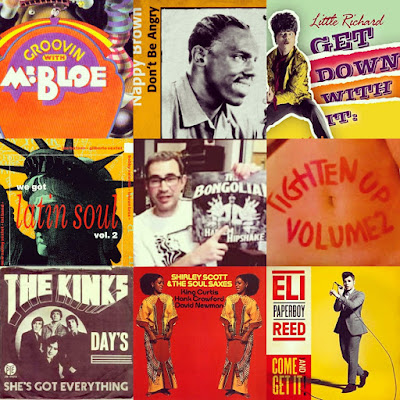 A double whammy celebration wherein we tip our collective hats to The Railway Hotel, (RIP) with Piley, Mondo and Lord Hastings spinning in a selection of Railway faves they've played from the pulpit...


And buckle up as two of the most blazing players ever to fizz-up a gig at The Railway - Trev and Nasser of Big Boss Man and The Bongolian, talk us through tracks from the new Bongolian album - Harlem Hipshake, plus provide a primer on best Latin and reggae albums for newbies, remember the lively nights at Blow Up club and demo Hammond and percussive techniques for beginners
All this in two hours - tune in and chow down
Stream below or DL here