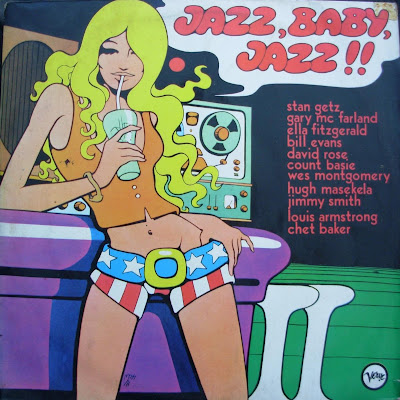 Broadcasting live from the Podrophonic HQ (or upstairs at The Railway as some say), the March edition of Radio Podrophenia is fitted around the theme of 'Jazz'. Nice!

Expect to hear jazzed up Fabs, Trad, Mod, Bop and Acid Jazzers on the playlist. There may even be an exclusive preview from the James Hunter Six new album, an appearance from Pellicci legend Jukebox Jimmy.

And we've even got live music for you from jazz-age Journo Hannah Marsh accompanied by Southend's premier piano man Dave Woodcock.

All live from 9 on Radio Novalujon - tune in and tell a pal!!

A trio of home-grown jazzers - but who'll make tonight's edition?

Get aboard with the double deckers 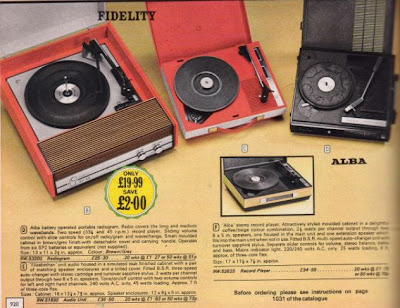 There's a dual action double-decking session over the next couple of days rocking away at the Railway Hotel, the epicentre of Southend's simmering music and social 'scene' (©Daryl Easlea)

Saturday from 7, it's likely to be an unscripted playlist of big 'n' beaty bouncers winging in everything from garage to glam, big beat to beatleg remixes to glam stompers and stampers

Sunday from 4, the award winning Martin McNeill is back for is every third Sunday, I'll be parked up at the bar rooting through blues, funks and soul - but trying to work in some never-before-played tunes...like..

So if you happen to round and about Clifftown Road, swing in for a scoop and a legshake
Posted by Mondo at 9:52 AM 1 comments

Fruity Friday: something for the weekend sir? 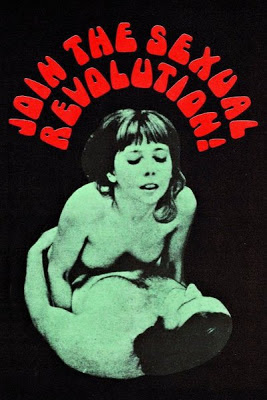 I say, this is a fruity ol' tune - crackling with swish, sass and sparkle

And zip to 17 mins in, for the infamous sauce and scatter cushions gyrations

Have you heard the news, there's Vive Le Rocking… 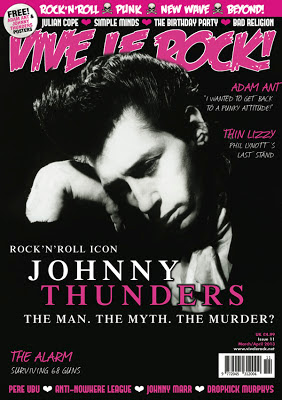 Having been on a right roaring ol' buzz for The Heartbreakers L.A.M.F of late, (including bagging this bargain box set which includes a bulging booklet, badges and 4 CDs of demo's, out-takes and the unmuddied original album mix), what a treat then to be sharing mag space with Kris Needs hugely detailed study on the Johnny Thunders, the music, the myth and the murder theories. But thumb around from front to back and you'll also find: interview's with Adam Ant, The Flaming Groovies, Johnny Marr, The Blockheads and Brian Connolly remembered.

It's all in Vive Le Rock 11 where you'll also find reviews from me covering new releases by - The Chocolate Watch Band, Patrick Fitzgerald, The Electric Stars

And one on The Virginmarys - which reads thus....

Northern Rock – No Sleep ‘til Macclesfield

Putting King of Conflict through its first spin - my guess was, our immaculately conceived pals were an Australasian outfit, why? The tightly mic'd stomp, the biker-bar brawl and boot-boy boom that echo Jet, The Datsuns and in places Rose Tattoo. Although there's no mistaking that Cooper Clarke twang of regional tongue - Manchester! The Virginmarys are homegrown heavies hammering out an album of high-firing blazers that's more headbutting than headbanging. On repeat plays I'd assumed the fully rounded sound was delivered by a five piece line-up. But no! The fidgety riffing and sand-blasted vocals are powered out by a Macclesfield power trio. King of Conflict is tattoo-knuckled; black-leather clad clout that's so revved up, red hot and rocket fuelled it's like a dragster race between Queens of the Stone Age and Bon-era AC/DC. And if Running For My Life and Dressed to Kill aren't ready-to-serve Bond-themes- I'll eat my License to R.O.C.K. 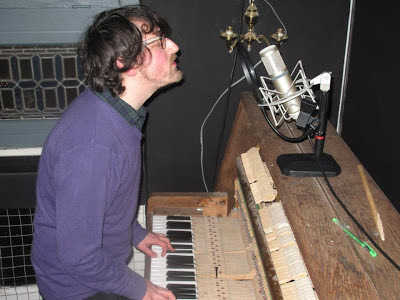 Paraphrasing the old football cliche - the latest Podrophenia is a show of two halves - what starts out as the regulation songs and natter, become, midway through, a run of improv guest appearances and live music with a drop in track from Phillious Williams (below) and a double-header session from from Blow Up record's latest signing - Dave Woodcock (above) 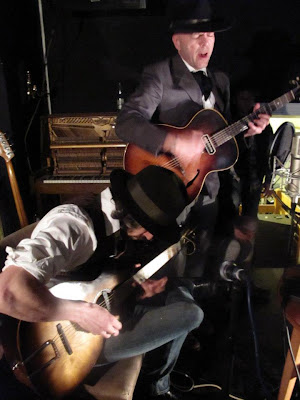 There's exclusive news on Dave's debut single, breaking news on the formation of a punk super-group and an Elvis rarity

And behold as a new Podrophenia jingle is birthed in front of your very ears. All contained herein....

Podcast Powered By Podbean
Posted by Mondo at 9:47 AM 0 comments