I'm with the band: catch us live tomorrow and this Saturday 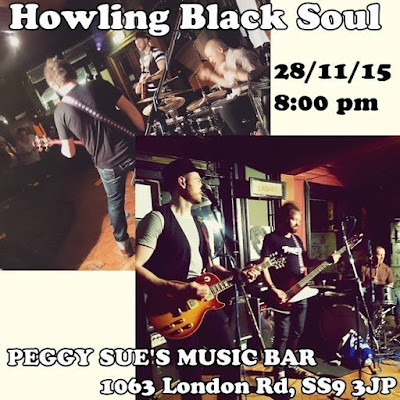 Eight years on from kicking off my cyberspace allotment, we've ended up doing the loop.

How so? Originally - the PM blog was setup off the back of a band I'd just finished with as way to fill out (some may say flannel) about my own solo music I'd be working on, with those tunes being hosted on Myspace (remember Myspace?).. But after an offer back in June to join Howling Black Soul (who we've been given repeat plays on Podrophenia, and were on the bill for our fifth anniversary bash last year) Huzzah - I'm the new bass cadet for the band... 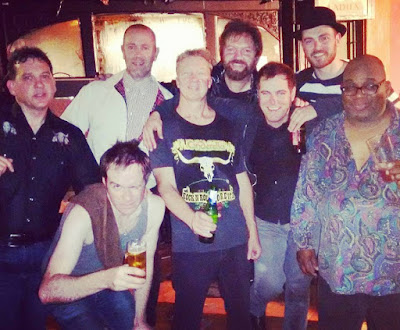 Gigs have been regular to date, including head;lining The Railway's Eight Birthday Bash and a support slot for the ever-blazing Barrance Whitfield and the Savages. This Saturday we make our debut at Peggy Sue's Music Bar.. with a mix of tunes we've never played before and tunes you won't have played before and me DJing after...

Should you fancy an earful of HBS ahead of Saturday's set - tune into Podrophenia tomorrow 8pm Ship Full of Bombs where, we'll be live in session..

Hope to see you on the wireless stats tomorrow, or live on the night this Saturday.. Salut
Posted by Mondo at 3:24 PM 0 comments