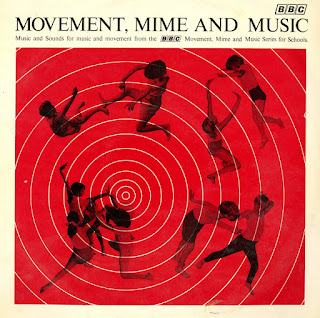 Inspired by tomorrow's date and it's every-fourth-year-appearance - leaping, jumping and generally bouncing about like Tigger with thistle up his whistle is the theme of this evening's Radio Podrophenia . Slough's finest rock group (Slough's only rock group?), a latin soul trio - and local lad and spectacular beard-fancier Scroobius Pip are popped onto this evening's playlist...

Along with a mystery artist covering a Showstoppers soul stomper. Can you crack it? Course you can - but, only after the doors have opened for Radio Podrophenia live from 9 at Chance Radio

One track that inspired tonight's theme but actually ended up on the sub's bench...

If you missed last week's outing, the ninth installment of our Podrophonic Alphabet: The Letter I - the takeaway edition can be bunged in your bagging area below..

Radio Podrophenia - The Letter I 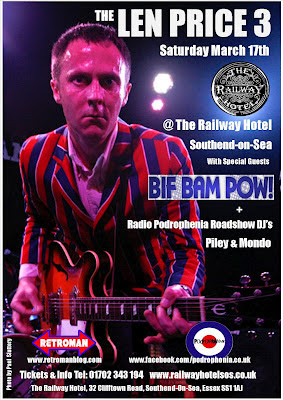 Grab yourself a large red marker pen and draw a big red ring around Saturday the 17th of March! Why? Because Medway mods - The Len Price 3 make their first visit to Southend's  Railway Hotel - where, they're supported by local R 'n' B bashers Bif, Bam, Pow.

And, squeezing between these two top rocking outfits - Piley and myself will be dabbing about with a few discs before, during and after the bands as part of our first Podrophonia Roadshow! If you're a Facebooker all the dates, details and doings are hereabouts

Bonus news - The Railway are doing this event as a free - repeat, free gig - so if you're a Southender or  non-but-honorary Southender, come on down, raise a glass and shake a leg to keep 'em busy at the bar for a hat-popping parade of an evening.


A Podrophonic salute is due to all at The Railway and Retro Man Promotions for threading this set together..
Posted by Mondo at 7:15 AM 0 comments 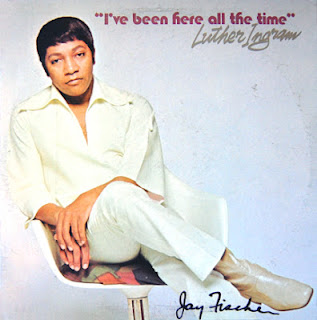 I Heard it Through Grapevine (Ella version), I Don't Need No Doctor - The Hypnomen and I Believe in Love -Big Boss Man which are all popped onto tonight's Podrophenia playlist - along with my all time favourite Northern Soul single of all time....

Luther Ingram - If It's All The Same To You

We're also rolling out a pop quiz (mystery artist), some breaking news about Dave Woodcock - and an exclusive new tune from local legends The Seasiders. Live from 9 on Chance Radio


One that almost made it - under the banner of International: I'm Wondering = in Italian!

Music for Mentalists - your reviews wanted for the Gotcha Conga 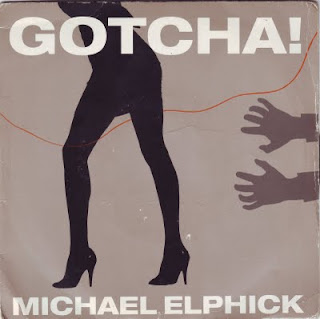 When an album badges and brands itself as Music for Mentalists - you know you'll be stepping a toe into a moral minefield of musical doings. Piley and I were first given the nudge on this one from Dan (the Bacon Man). It's an album co-compiled by Nick Saloman of  The Bevis Frond  gathering together a black museum of oddities and curios from middling slebs: Reginald Bosanquet, Jim Bowen David Carradine -  unknown but bizzaro bods Linda Jarman, Martin Harvey, Mavin James. And John Collier's Saturday Night Suit. 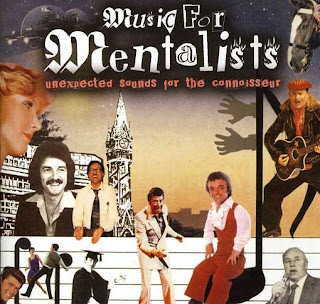 How did the project happen? Nick Saloman: The comp was mostly the work of my mate Mick Dillingham who is a longtime collector of what he calls 'qual-crap'. 'Gotcha' is one of his discoveries. A rather disturbing song.

Based on John Fowles The Collector, a key piece in the collection is Gotcha by Michael 'Boon' Elphick - where he outranks (in all senses) Pepe le Pew in pursuit of an unseen offstage beauty.  It's an oily uncomfortable spurt of queasy listening, brimming with 80s bleeptronica and breathy threats 'look out for me I'm behind that tree'. But still, something we pitched in to Tuesday's Podrophenia playlist (and it's second appearance too)

Should you fancy lending an ear to the cold-dread horror of Gotcha - dig in below. Better yet we'd love to see your critical scribblings on it written and recorded here.. at the Amazon Gotcha Conga

Nick/Bevis made a previous appearance on the blog last year with a stomping selection here
Posted by Mondo at 7:05 AM 7 comments 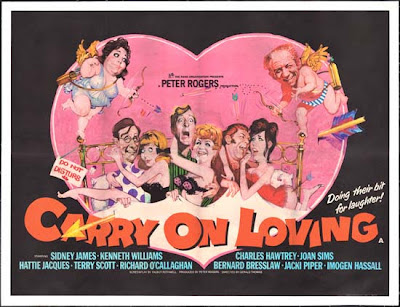 Live from 9 - tonight's Radio Podrophenia is pitched around the themes of ' Love and Hate'. Expect a few smoochy(ish) doings from The Sonic Executive Sessions, The Sonics, a Supremes instrumental rarity , a tune titled after this Carry On film - and a mystery artist. Along with handful of angry songs sung to you by Gil Scott Heron and Southend premier punk legends The Machines.

One track almost popped into my Tuesday night hamper was this full and fruity number from another mystery artist - but who is it geting himself into a cross-eyed tizzy.

For the full reveal tune into Chance Radio tonight

If you fancy catching up on last week's our 50th edition (theme:Films) - grab below or via iTunes... 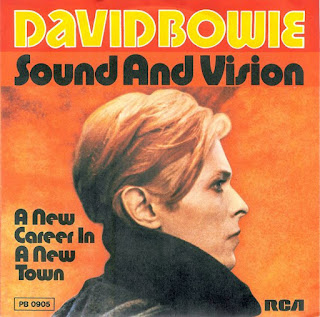 2012 will be the year zero for a scrolling, rolling, infinite list of anniversaries, reviews and reissues. By 1977 the fractures of new sounds and styles that had appeared a year earlier, webbing their way across pop's slick surface tension - cracked and shattered as angsty punk, clangular art rock and sci-fi disco smashed through the flares 'n' hair-flicks sound barrier.

Released 35 years ago tomorrow - an early indicator of out with Old Wave and in with the New Wave, was David Bowie's Sound and Vision. A taste test of Low's genetically modified robot rock - compressed into a three minute cube of roaring sax, hissing synths and android drums.

Guesting on backing vocals was producer Tony Visconti's then-wife - Mary Hopkin, who on the 35th anniversary of Low's release very kindly agreed to entertain a few of my questions on the single and album sessions - expressed via the medium of Twitter and its 140 character limit.............

@themaryhopkin: You and Bowie were both folk scenesters - did you cross paths on the circuit, or later, have an acoustic Jam in the studio
@Mr_Mondo: No jamming - I only saw David while he was working with Tony (Visconti), when Tony and I were still married.

Today (interview was on 14th Jan) is the 35th anniv of Low. It still sounds like the future. What were your first impressions of the single/album's sound
David has always been ahead of his time. 'Low' is a great album and I'm delighted to have been there during the recording of it.

Low was recorded at the 'haunted' Château d'Hérouville - did you or the children experience any spooky doings
Not a thing. I'm glad I didn't know at the time that it was reputedly haunted. It was a beautiful chateau and we had a great time.

Who wrote the S & V backing/vox parts and were you allowed any input or much movement on the melodies?
Brian (Eno) wrote the line and we sang it in unison. It was a great little riff so I didn't need to offer any alternatives :-)

Your children sang on a couple of tracks - do you remember which & did they have a fave studio uncle: Bowie, Eno, Iggy
I can recommend an excellent book, 'The Complete David Bowie' by @NicholasPegg. No, too young for 'Low', but my musical 3 yr old son played 3 notes on piano which inspired Eno to write 'Warsawa'


How was Eno - did he get you doing Oblique Strategies?
No, but he let me read his thesis on Cybernetics. Fascinating.

What would we be surprised to hear about from the Low sessions.
Nothing you haven't already heard, and certainly nothing I'm going to tell :-)

Did you get to visit Bowie and Iggy’s Berlin flat, was it bachelor chic or crash pad clutter
Yes. David is extremely stylish and has excellent taste. I saw less of Iggy but liked him very much.


A huge thank you is due to Mary, who can be found on Twitter and at her official website
Posted by Mondo at 7:02 AM 7 comments

The 50th Podrophenia - a Widescreen Edition 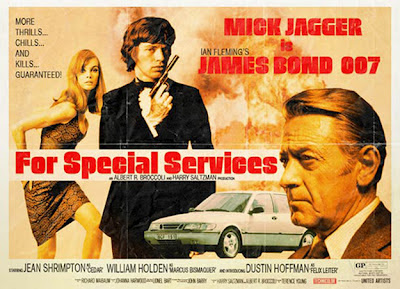 When Piley and I first started recording our ramblings and rattlings in his kitchen/my kitchen 3 years back - I don't think either of us would have expected to hit the 50 mark! Well certainly not by now anyway.

But, here we are, our half century later - where tonight's theme - a Film Special, sees us joined in the bunker by Dan from the Blog of Eternal Disappointment and dipping into a jamboree bag of cinematic sounds. I'm not sure what's on Piley's or Dan's playlist, but from me expect: a reggae refit of a Bond theme, a cult classic with a soul spin - some Hammond magic and a film only track from group who were pencilled in to take the leads in early/60s Lord of the Rings...and a mystery film theme

It's been one of the toughest trawls reducing all the contenders down to just four tunes, leaving this lot seated on the subs bench: Roy Budd, Electric Banana (below for both),  Quincy Jones, and Jagger as Turner.

Should you fancy grabbing issue 49: Covers (an all suggestions special) download is here or via iTunes

Rockers and Revolutionaries at The Railway Hotel 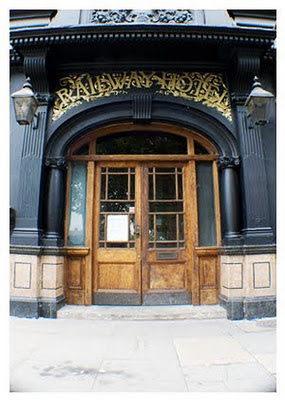 It's something of repeat motif around this semi detached corner of Cyberspace - but, The Railway Hotel is Southend's most rock 'n' roll local.

Run by two multi-instrumentalist musicians -Fi Jacobs and Dave Dulake, it's a pub with a platinum plated pedigree that - over the recent run of months has hosted: Chas Hodges honky-tonking it up on the pub's grand piano (joined by his son on drums), one of Britain's premier league harpists Wes Weston regularly hooting 'n' tooting along with Martin McNeill's Bottletop Blues Band. A pub quiz hosted by Ed Tudor-Pole and John Cooper Clarke winging in for a gig (with Wilko Johnson in the audience)

And the Feeding of the Five Thousand. An all-you-can-eat endurance challenge, seeing who can chow down and plough through the all-veggie pub menu before the Crass album of the same name completes. On a similar riff a couple of weeks previously, Piley and myself popped in for our usual pre-show pint and noticed a petit, pixie faced lady framed with a floss of backcombed hair, topped off with a red beret. Who, it turned out - was Crass vocalist Eve Libertine.

Eve had dropped in to taste test The Railway's Crass Burger, loved the grub, the pub and parked herself there until closing time. Luckily I managed to grab a handful of natter with her...

Me: Relaying how Reality Asylum is still one of the spookiest tunes ever rendered to record and rattled me somthing rotten as a teen.
Eve: That she's still musically active and working with Mark Webber at the mo' - but has also been pitching with in with Mark Stewart ex of The Pop Group.

And what a fine slice of elctro agit-pop they've produced with Nothing is Sacred...which you can grab for free - at Mark's website hereabouts..

Should you be hanging around town Southend way - whizz your way to The Railway. You never know who you'll meet. Or track them on the Twitterverse. The Railway
Posted by Mondo at 7:15 AM 10 comments