What an evening, what an event - what a weekend! And Wilko Round Two 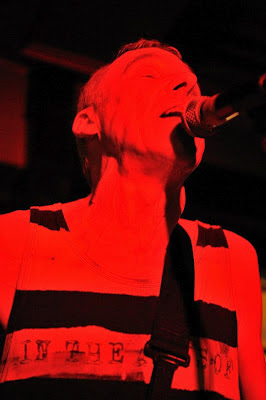 Where shall we start: Friday's ram-out at The Railway perhaps. Southend's most rock 'n' local was packed to a bubbling and sweaty swell before the sun had set, with gig-goers gathering together from North Yorkshire (John Medd - whose match report is recorded here) to North London (Mark Underwood, Alan Powell) and all points inbetween including: designer Sophie Lo, photographers David Apps,  Eric Waring and guest of honour Gaye Black (formerly Advert) in attendance. 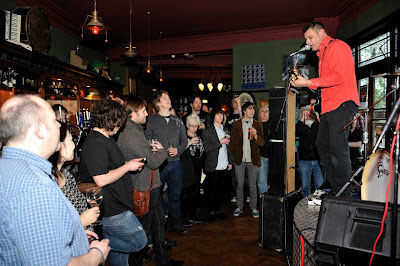 Andy J Gallagher played the first hand in tonight's three way split, with a roaring set of rafter raising rock. Dick York livelied up the night, with sing-a-longa Southend solo set. And ripping up the Railway's massed capacity crowd  - TV Smith's set of stripped down acoustic punk, which with his songbook reduced to an unpolished raw-rooted form - punches through and carries forward  a foot-stomping, fist clenching tradition of both protest folk and delta blues. And you know it's been special night when there's stage-diving an at acoustic gig. 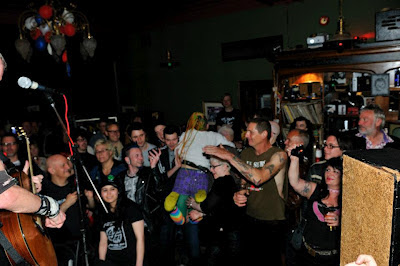 The full gallery of grinners, gurners, drinkers and dancers, is viewable here - thanks to Paul Hughes for another snaptastic recording of the night. 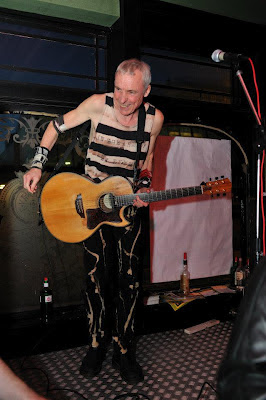 A huge Podrophonic honk is due to Fi Jacobs, Dave Dulake (and all at The Railway) , Retro Steve, Johnny Medd, Piley, TV, Gaye, Steve Pegrum for threading together such a special event.

Saturday saw us parked up in Leigh Library Gardens for the all things folkie at Saturday's section of the Leigh Folk Festival including a jazz/blues set from the spectacularly talented Jess Noah. 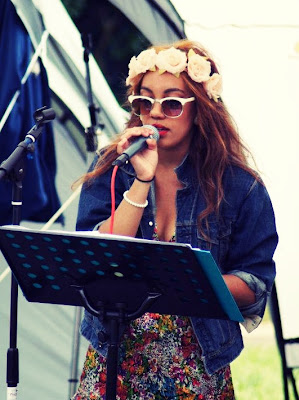 And what a way to wrap things up of a Sunday - a return to The Railway with Marmite Boy for our Sunday Sessions,  DJing around Martin McNeill's jump blues tunes - which bonus of bonuses included yet another surprise guest appearance from Railway regular Wilko Johnson! 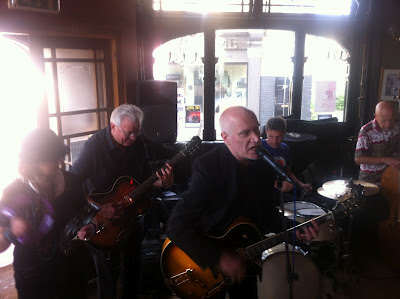 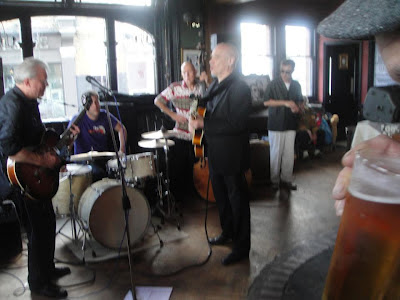 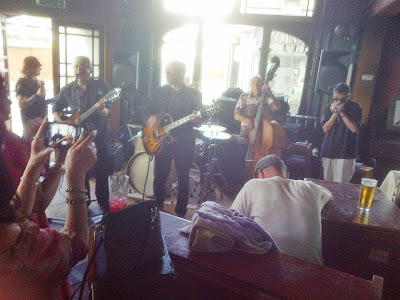 To paraphrase someone far more famous than me, I never thought you could have so much fun with your clothes on. Who's coming next?

It was an excellent night , great tunes and great sets. Nice meeting Mr Medd for the first time (and his mate) and chatting about music. Good to see so many old faces and re connect with a few. Be down to the next one mate.

It was an excellent night , great tunes and great sets. Nice meeting Mr Medd for the first time (and his mate) and chatting about music. Good to see so many old faces and re connect with a few. Be down to the next one mate.

Damn it seems to have gone on twice , sorry chief !!!!

Cheers chaps: the whispers are TV enjoyed it much as we all did and wants to make it a regular gig. Keep late November free is all I'll say at the mo'