Sunday Sessions: Decks and drums and rock and soul 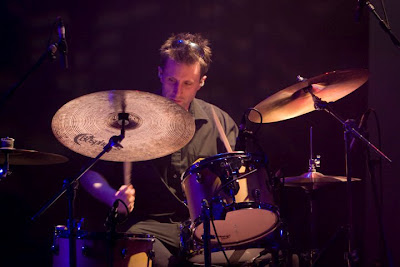 Regularly of a Sunday, well during Martin McNeill's set, Marmite and I will shoo away any downtime and dead air during the band's breaks by winging in a few tunes to keep the room warmed up and buoyant.

This weekend, Mark Cecil (drummer in Martin McNeill's outfit) brings his own band to The Railway - I've yet to see them in action, but they come recommended with the Marmite Seal of Approval - which is a kitemark of quality in anyone's book.

I believe they're jazzier than the jump blues, New Orleans grooves and western swingers that make up Martin's McNeill's signature sound. So I may add a few new groovers to the crates - tunes like..

Chairmen of the Board - Finders Keepers

We're in from 4pm should you fancy shaking a funky leg.
Posted by Mondo at 11:06 AM

Marc's bands (always a different one every week) are always excellent.